OVERVIEWHEAD-TO-HEADSHARE
Cody Beals
Canada
World Rank
52
Weight
72kg
Height
1.82m
Age
31
DOB
03/12/90
Swim: BlueseventyBike: Ventum
Athletes are measured as a percentage (for each discipline and overall) based on a relative comparison to the #1 ranked athlete who's rated at 100%. 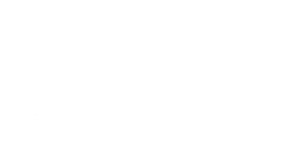 There is openness and honesty to every aspect of Cody Beals' triathlon life.

From posting his training numbers and annual budget through to using his position "to make triathlon a more welcoming space for queer athletes", he is having a positive impact across the board, not just on the course.

Not many athletes go into their first IRONMAN World Championship at Kona with the best percentage-win record in the field. But Beals arrived in Hawaii last September with a perfect three wins from three starts at the full-distance.

A mechanical on the bike made it a 'what if' day but, as you'd expect from one of the smartest minds on the circuit, he had learned plenty from the experience.

Since the Canadian turned pro in 2014 he has won multiple middle-distance titles, including IRONMAN 70.3 Eagleman three times.

It was after the third of those victories in 2018 that he dipped his toes into the water of full-distance racing, and promptly smashed it out of the park with first place at Mont-Tremblant.

He ran away from none other than Lionel Sanders that day, winning by 14 minutes in a new course-record time.

'They’re never as far ahead as you think'

"I still remember watching Simon Whitfield win the first Olympic triathlon gold medal for Canada at the 2000 Sydney Olympics as a 10-year-old. I hadn't the slightest inkling of my future career in triathlon, but his legacy helped inspire a generation of young triathletes."

That was the initial connection to the sport for Beals, and he was in the perfect environment to help him take the next step. "Both my parents were avid endurance athletes, especially cycling and skiing,” he explains.

"But my introduction to competition was a fluke. I was practically forced to run cross country in high school by an exceptional coach who recognised and nurtured some hint of potential he saw in me.

"I began dabbling in triathlon at age 16 and continued to run competitively throughout high school and university."

Cody’s studies (physics at Queen's University) were the priority, but it wasn't long before he started applying that analytical mind to his training.

He managed to combine graduating at the top of his class in 2012 with rising through the ranks of triathlon to the elite amateur level.

His first half-distance success came at the Ontario Long Distance Championship in 2013, by which time he was working as an environmental science consultant. A year later he turned pro.

There is always a danger when summarising an elite athlete's career that it appears always to be on an uninterrupted upward trajectory. The reality for most is very different, with ups and downs along the way.

Few have shared that story as effectively as Cody, from overtraining in his younger days to coping with anxiety and coming out.

He explains: “I'm a perfectionist and I know all too well what a double-edged sword this trait can be. My journey in triathlon is teaching me how to channel perfectionism in productive, healthy ways and not to let it dominate my life."

He doesn't get carried away by success but, equally finds positives from adversity. His first full year as a pro in 2015 acts as the perfect example.

He had already registered his first win that June at Eagleman, but it was a second place a few months later at 70.3 Cozumel which made the greater impression on him.

"That day I ran harder than ever to make up a deficit of several minutes. And I got to within a few metres of the leader, Andi Böcherer, with a kilometre to go before he surged and pulled away. Even though I didn't win, it was one of my proudest moments on the race course because I was satisfied that I gave my all."

Fellow Canadian Jeff Symonds must have been proud too. For he had given Beals some words of advice on the start line of his first pro race at 70.3 Texas a year earlier, saying: "Remember, they're never as far ahead as you think”.

"It's easy to feel dejected and overcome by negativity once your competitors are out of sight down the road. These words remind that it's worth fighting to the end," explains Cody.

With that mindset, Beals has added victories and course records to his results list in every single season since.

Cody has worked on all aspects of his performance to the extent where he admits: "Swimming was my first competitive sport and now, ironically, my weakest discipline”.

And he has been radically transparent off the course too, with unprecedented power and training data posted online along with his financial figures for every year as a pro.

He is also not afraid to admit when he gets things wrong. Ironically, doing too much PR and saying yes to too many requests probably didn't help him on his Kona debut. In the future, he is making sure the focus is firmly on training, racing and recovery.

Cody came out professionally in an interview before the 2015 ITU Long Distance World Championship, but insists "it wasn't a big event”.

He says: "One thing I love about triathlon is that people care a lot more about the watts you're putting out in your last workout rather than your sexual orientation or gender identity! That's one awesome thing about the sport, I've found by and large the triathlon community has been so overwhelmingly supportive.

"And while I didn't hide it, I resisted playing up the fact that I was gay. I turned down interviews that wanted to focus explicitly on that.

"But I've started to realise each time I've mentioned it casually in an interview or put something on social media I get an outpouring of support from people. And not just queer people, but their allies, parents or friends, thanking me for my visibility.

"And it made me appreciate that I do have a platform to help effect some positive change. That's a really small ask for me, to help people feel more at home in our sport.”

Cody hopes honesty about a whole range of issues provides trust and authenticity, which isn't always in evidence at the highest level of professional sport.

"Initially, my perception was that sponsors want you to keep the narrative really positive. And fans only want positive stuff; no one wants a downer coming across their social media feed.

"But I've started to challenge that assumption. I feel that some of my more negative posts about the hardships in my life or things I've been dealing with have garnered more support from people and really shown me the best of the sports community around me."