OVERVIEWHEAD-TO-HEADSHARE
Javier Gomez
Spain
World Rank
19
Weight
69kg
Height
1.78m
Age
38
DOB
03/25/83
Swim: RokaBike: SpecializedRun: On
Athletes are measured as a percentage (for each discipline and overall) based on a relative comparison to the #1 ranked athlete who's rated at 100%. 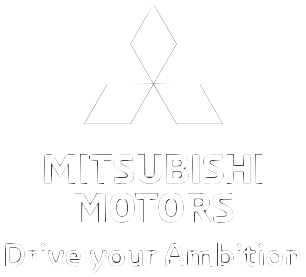 For a man who has collected 10 World Championship titles to date, it is remarkable to think that the career of Francisco Javier Gómez Noya could have been over 15 years ago.

Born in Basel in Switzerland, the Spanish legend took up triathlon at the age of 15, his previous sports having been football and swimming. Just two years later, a routine medical test by the High Council for Sports in Spain (CSD), revealed a cardiac anomaly.

That finding led to a six-year battle between Gomez and the sporting administrators in Spain to allow him to race internationally.

Perhaps the resilience Gomez showed in fighting his case was a sign of his future success, as he has since proven his heart is fit to race in all regards.

His status as one of the greatest ever is already set, but Javi’ is still focused on adding yet more lustre to one of the most impressive race CVs in the sport today.

Gomez has raised the standards of the sport during his career. Just as impressively, he’s also been able to reinvent himself whenever new pretenders have looked set to take his mantle.

Gomez wasted little time in collecting his first international title - the European Junior Duathlon Championships in 2002, and has now spent almost 20 years racking up countless others.

His first taste of World Championship gold came the following year as he earned the Under-23 title in Queenstown, New Zealand. He was the fastest runner that day - something which would be an ongoing key to his success.

Gomez reached the highest step of the podium in the top tier of short-distance racing at the time, the ITU World Cup, for the first time in Madrid in 2006. More gold followed in Hamburg and Cancun and that seemingly opened the floodgates - which almost 15 years later show no signs of closing.

His consistency is remarkable. From 2007 to 2019 he was on that World Championship podium 11 times in 13 seasons, adding four Silver and two Bronze medals.

As well as consistency, Gomez has continued to display remarkable versatility. In 2012 he raced (and won) the XTERRA Off Road Triathlon World Championship in Maui, while in 2013 he made his Middle Distance debut at the ETU European Championships in Barcelona.

Of course, he won that too - by no less than six minutes - and opened up a new avenue of racing opportunities, alongside his short course, draft-legal success.

His first attempt at the IRONMAN 70.3 World Championship followed in 2014 and once again he triumphed in Mont Tremblant, keeping long-time rival Jan Frodeno in second place. A second 70.3 World title would follow in 2017.

It’s difficult to discuss the career of Gomez without also mentioning Great Britain’s Alistair Brownlee. Triathlon’s equivalent of Roger Federer and Rafael Nadal, the duo consistently set and raised the standards of the sport for a decade. Their battles within the ITU World Triathlon Series are legendary, and now we can witness them in long-distance racing too.

Brownlee and Frodeno joined Gomez on the start list for the 2018 IRONMAN 70.3 World Championship in South Africa. Three legends together again, it was a race which even surpassed the pre-race hype. Javier took Bronze that day, but it was further evidence of the longevity of the man from Pontevedra and his revered status in this sport.

What’s next - Olympic dreams? Hawaii? Everything?

What was next for the man who can seemingly do everything in the sport?

After missing out on the 2004 Olympic Games due to his medical battle, he arrived in Beijing four years later as the strong favourite with four World Cup wins and the World Championship title that year. Fourth place however meant that an Olympic medal was still missing from his otherwise stacked collection.

London provided the next opportunity to rectify that in 2012, and the three dominant athletes of the time delivered in Hyde Park. Gomez separated the two Brownlee brothers to take the Silver medal in front of massive crowds. While the crowd was predictably cheering for their home heroes, no athlete could have been a more popular or worthy choice to join them on the podium.

Could Rio provide the chance to add that elusive Olympic Gold in 2016? The hot conditions alongside Copacabana Beach would certainly play towards the strengths of the Spaniard… with the Brownlee brothers still set to be his biggest challengers once again.

It was a race the world wanted to see, but a low-speed bike crash just a month before would result in a broken arm for Gomez. “As you can imagine, this is a really tough time, it’s a goal I have been working for over many years. I will keep fighting, I still have many goals in this sport, I’m not done yet. I feel sad and disappointed to give you this news, thanks for the on-going support.”

After a year away from draft-legal racing to focus on his long-distance ambitions, he also returned to the ITU World Triathlon Series with podium finishes in Bermuda and Leeds and added a World Championship Bronze to his collection in the process.

What will he do next? We don’t know the answer to that - but whatever he chooses, the chances of success are high.

Should he ever find time to take a break from his training and racing, you’ll likely find Javier relaxing with his family and friends, playing the guitar or surfing.

A world-beater at those too? You’ll have to ask him about that!