OVERVIEWHEAD-TO-HEADSHARE
Mattia Ceccarelli
Italy
World Rank
78
Weight
69kg
Height
1.72m
Age
33
DOB
03/25/88
Swim: ZootBike: PinarelloRun: Hoka One One
Athletes are measured as a percentage (for each discipline and overall) based on a relative comparison to the #1 ranked athlete who's rated at 100%. 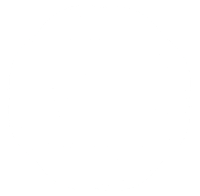 A professional since 2011, Mattia Ceccarelli has certainly got better with age, enjoying the best season of his career to date in 2019 as he won the Italian Middle Distance Championship and the Challenge Riccione title.

‘Cecca’ also earned a podium in an IRONMAN 70.3 event in Astana during an outstanding campaign which put the Italian’s name in the spotlight.

One year earlier in 2018, he had begun his rise towards the upper echelons of the sport by earning a second-place finish at the Italian Middle Distance Championship and a first 70.3 podium at Vichy.

A middle-distance specialist, Mattia has also turned his hand to the longer distance races, finishing in the top 10 of both the 2018 and 2019 versions of IRONMAN Italy - an event Mattia calls his favourite on the calendar. ‘Cecca’s’ ultimate ambition though is to compete at the World Championship in Kona.

Mattia started his career as a swimmer before turning to triathlon at the age of 16. It is no surprise therefore that his favourite discipline is the swim.

One of ‘Cecca’s’ quirks is his pre-race bathroom ritual - he always goes to the toilet three times before he starts a race, and he absolutely hates snakes and jellyfish (the latter gives him an incentive to get out of the water quickly during a swim).

Mattia’s most embarrassing moment to date meanwhile was when he fainted in the middle of the photoshoot on the beach. This came immediately after an accident with the ladder of a pedal boat.

His favourite sport away from triathlon is basketball, while he can’t live with Italian food, especially Lasagne - which he describes as his cheat meal. He also admits that he is more stubborn than a mule.

He has a mantra around triathlon’s full distance, explaining: ”You can’t say you have completed an IRONMAN unless you've thought about quitting the race twice”.

Incidentally, his most painful experience in the sport was completing his first IRONMAN as he says the last 10km is something he’ll never forget.