OVERVIEWHEAD-TO-HEADSHARE
Pieter Heemeryck
Belgium
World Rank
91
Height
1.78m
Age
31
DOB
12/11/89
Swim: Zone 3Bike: ScottRun: Hoka One One
Athletes are measured as a percentage (for each discipline and overall) based on a relative comparison to the #1 ranked athlete who's rated at 100%. 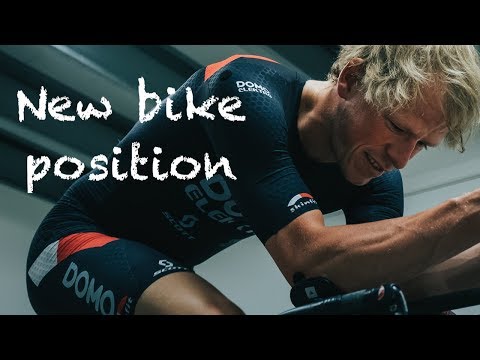 Finishing in the top five in the 70.3 World Championship is impressive by any standards.

All the more so when the podium comprises legends of the sport Jan Frodeno, Alistair Brownlee and Javier Gomez.

But that's precisely what Belgium's Pieter Heemeryck achieved in Port Elizabeth in 2018 - and he did it while still working as a primary school teacher!

It wasn't a huge shock that he turned pro at the start of the following year - and it's also no surprise that he's since put together an astonishing run of results.

Strong in all three disciplines, he's one of triathlon's brightest up-and-coming talents - a point he underlined with five race wins in 2019 as well as topping the Challenge Family World Bonus standings.

Those successes all came at 70.3, but the full iron-distance and Kona qualification are very much on his radar.

Juggling a job and training is a tricky balance for thousands of amateur triathletes, but Pieter Heemeryck made it work at the very highest level of the sport.

He taught sport to six to 12-year-olds by day - and then, thanks to careful planning with his coach Lubos Bilek, fitted the swimming, biking and running around that.

"He's an excellent coach who can also build a very good balance between training and family life," he says of Bilek.

If Pieter had a busy couple of days at school, the training would be scaled down - but if it was school holidays, that meant more time to focus on triathlon. Much of the cycling needed to be indoors - and he's still a big user of Zwift.

A typical working week would see him train between 15 and 20 hours and he admits he could easily have been "scared to go to races when I saw the hours the full-time pros were putting in!"

He hadn't taken part in his first triathlon until he was 19 - it came about after an injury prevented him running and saw him return to swimming (which he'd done as a youngster) and buy his first bike.

He tried some draft legal races to start with but soon realised that non-drafting events played to his strengths and such was his progress that by his mid-20s he'd become Belgian champion over the sprint, Olympic and half-distances.

As well as the national titles and race wins, Pieter was soon catching the eye on the international stage, especially at 70.3 distance - reaching the top 10 for the first time at the World Championship in 2017.

That success at 70.3 continued at speed in 2018 as he raced a combination of Challenge and IRONMAN events, climaxing with that progression to the rarified heights of the top five at the World Championship in South Africa.

A great year was then rounded off in perfect style at the inaugural Challenge Daytona.

At the iconic racetrack - and in an event shortened due to lightning and heavy rain - Heemeryck out-duelled Andrew Starykowicz. He says of that experience: "It was incredible. On the last lap of the run, thinking that I was going to be the first winner of the race, was an amazing feeling!"

And so to the full-time pro ranks where the temptation in his first year could easily have been to increase his training load massively. But he was careful not to fall into that trap and reaped the dividends straight away.

That put him on track for a nice payday as the runaway leader in the Challenge Family World Bonus standings, something that was all but confirmed at The Challenge Family's showpiece Championship Samorin, which he labels his favourite race.

A stacked field headed into that weekend in Slovakia, but it was Pieter who dominated for much of it.

He looked on course for a famous victory, leading by two minutes at one point on the bike. But a thrilling finale saw him overtaken in the last 2km of the run thanks to a half marathon of 1:11:31 by Sebastian Kienle as he clocked a new record overall time.

Heermeryck stayed on well for second - 32 seconds behind Kienle and 28 seconds ahead of Rodolphe Von Berg.

He admits he probably spent too much time looking over his shoulder that day, but no wonder when you consider it was one of his triathlon idols who was now his big rival. Pieter says of Kienle: "I was inspired when I was younger by Sebi's racing style. I've always dreamed of beating him once, but it hasn't worked so far!

"I learnt a lot from it though and know now that I can do it."

A rare DNF followed at the 70.3 World Championship in Nice, but he bounced back strongly with two more Challenge 70.3 victories (Davos and Mallorca) to make it a landslide margin in the end-of-year bonus standings.

It had been quite a first year as a pro and 2020 started in solid style with a runner-up spot in IRONMAN 70.3 Dubai behind fellow Belgian Bart Aernouts.

Kona on the cards in the future

The future could hardly look brighter and Pieter is clear on his aims over the next few years, with a World Championship podium a big target.

The focus will remain at half-distance but with the addition of two or three full-distance events - hopefully including Kona!

And one massive benefit of being a full-time pro is that he gets to spend much more time with his family, especially his two young boys Quinn and Oliver.

Motivating children and giving them a passion for sport is something Pieter did every day as a teacher, and he hopes that will be something he can go back to in the future.

And with five brothers and four sisters of his own, family support isn't something he's short of as he continues to shine.