CHALLENGEMIAMI® promised spectacular speedway racing action and with a stellar field vying for a $50,000 prize purse, the event didn’t disappoint. The women’s race proved to be a coming of age for Jodie Stimpson in her transition to long course racing while Jan Frodeno put on a masterclass of triathlon perfection on the speedway. Women’s […]

As the first hit-out of the year for many European athletes, Ironman 70.3 Dubai provided a sun-drenched escape to the world of racing after a cold winter of COVID. Daniel Baekkegard took out the men’s race in style with a complete swim-bike-run performance to show he’s the real deal. Meanwhile, the women’s race focused on […]

CHALLENGEMIAMI® 2021 is set for this Friday with some of triathlon’s best going head-to-head on the Homestead-Miami Speedway for a slice of the $50,000 prize purse. Following the spectacular racing at the PTO 2020 Championship at CHALLENGEDAYTONA® last December, CHALLENGEMIAMI® boasts an incredible field including both reigning Ironman World Champions, Anne Haug and Jan Frodeno. […]

Australian stars Ellie Salthouse and Simon Hearn took the leading roles as a world-class field battled it out at the PTO-backed Big Husky Triathlon on Sunday. PTO World Ranked #21 Salthouse showcased her all-round ability by leading from start to finish in the women’s race, taking control on the run after a close battle with […]

The PTO-supported Big Husky Triathlon is the next major event on the elite triathlon calendar as a strong field descends on Huskisson on the east coast of the county. The venue, situated some 200km south of Sydney, will host a field of 36 professionals – 14 women and 22 men – with 19 PTO members […]

One of Australia’s most iconic events is set to intrigue once again this weekend as the PTO-supported Big Husky Triathlon returns for a 16th year. Held on the shores of the spectacular Jervis Bay Marine Park in Shoalhaven, New South Wales, the half-distance event has earned a reputation as one of the country’s favourite triathlon […]

PTO athletes Hannah Wells and Kyle Smith produced excellent performances at CHALLENGEWANAKA on Saturday to claim victories in the weekend’s big race at Glendhu Bay. PTO World #29 Wells produced a stunning display to record a time of 4:24:31 and win the women’s race by more than 10 minutes from fellow PTO star Rebecca Clarke. […]

CHALLENGEWANAKA takes centre stage in the triathlon world on Saturday (February 20), with several PTO stars set to contend for the podium. With travel restrictions still in place around the globe due to COVID-19, New Zealand’s domestic aces appear set to dominate with NZ$5,000 on offer to the winner. Here are five PTO triathletes to […]

The first CHALLENGE series race of 2021 takes place this weekend as some of the world’s finest triathletes – including a number of PTO stars – descend on Wanaka Lake, New Zealand. A blossoming local rivalry gets another instalment in the men’s race as PTO World-Ranked #11 Braden Currie and #33 Kyle Smith lock horns […] 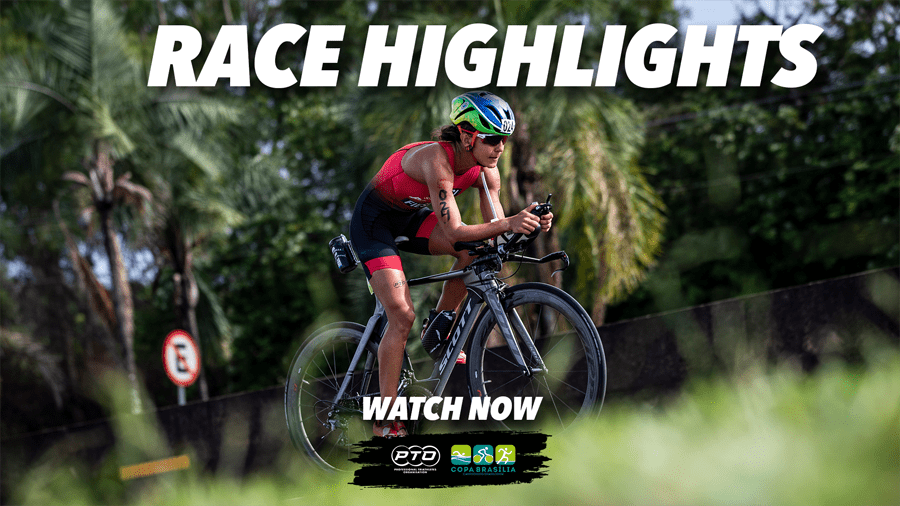 Relive the race action from the PTO supported Copa Brasilia de Triathlon. Brazil’s capital, Brasilia played host to the non-drafting professional race with a 2-lap swim of 1,500m, a 3-lap, 60km cycle and a stunning 3-lap 15k run to the finish with a share of a $15k prize purse up for grabs. A number of […]

Amelia Watkinson and Steven McKenna took the spoils at the PTO-supported Hervey Bay 100 in Australia on Sunday. The 29-year-old New Zealander Watkinson (#19 in the PTO World Rankings) produced a tremendous bike split to take control in Queensland, and never looked back as she roared to victory in a time of 3:34:28. It was […] 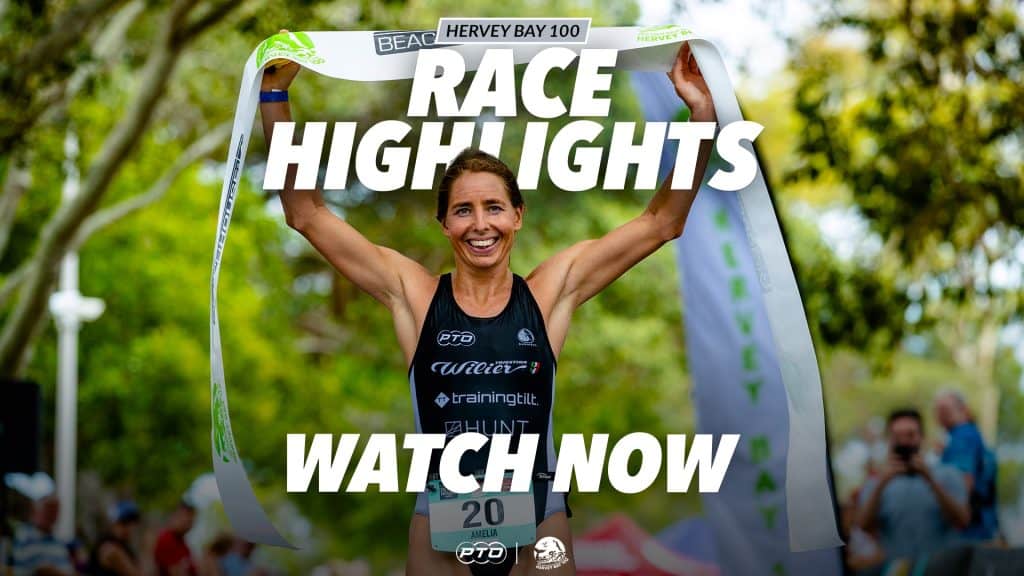 Relive all the action from the Hervey Bay 100. Queensland, Australia played host to the 100k distance race with a series of top pros from Australia and New Zealand competing for a share of a $15k prize purse on the fast and flat course. New Zealand’s Amelia Watkinson led the women’s line up with Australia’s […] 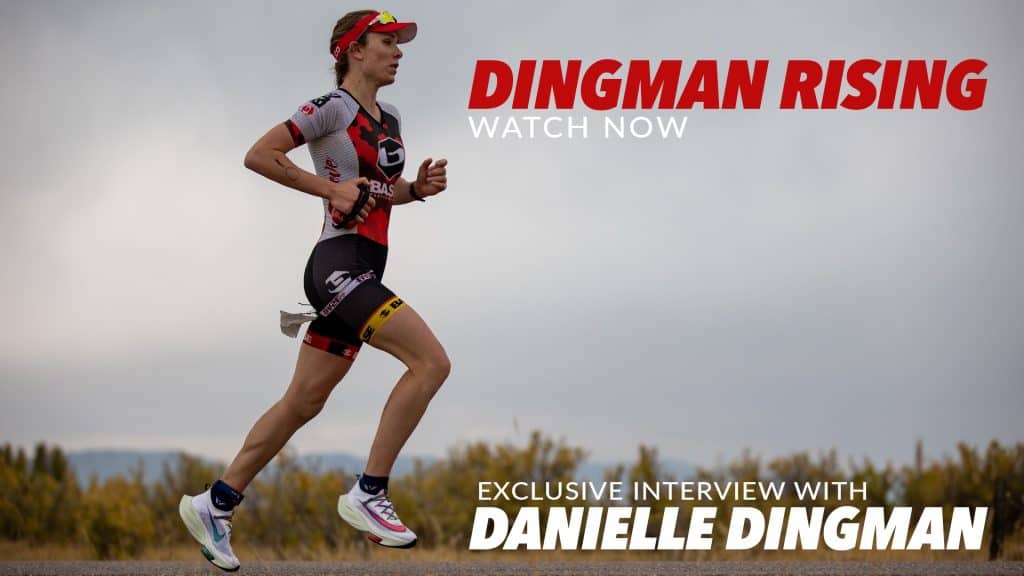 We sit down with one of triathlon’s rising stars for an EXCLUSIVE interview with USA Triathlon athlete Danielle Dingman ahead of the PTO 2020 Championship at Challenge Daytona. Danielle was a late starter in the sport and admits her journey has been a steep learning curve after only taking up swimming in 2017. The American […]

Relive all the action from the PTO supported Outlaw X 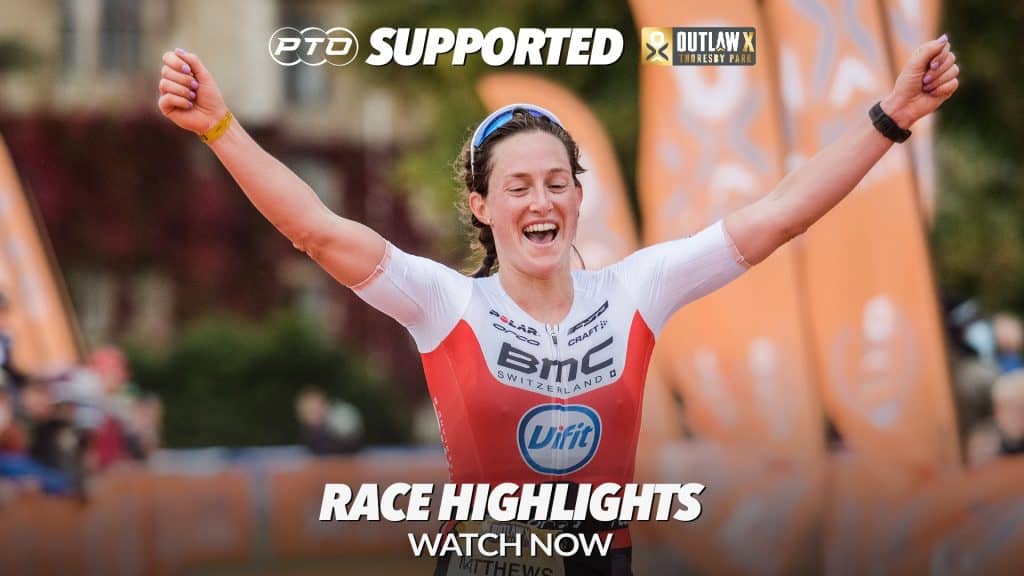 Thoresby Hall in Nottinghamshire played host to the half distance race with a series of top British pros uniting for action to compete for a share of a $15k prize purse in the wet and windy conditions. The race offered a stacked women’s line up that included Katrina Matthews, Nikki Bartlett, Fenella Langridge, Lucy Hall […] 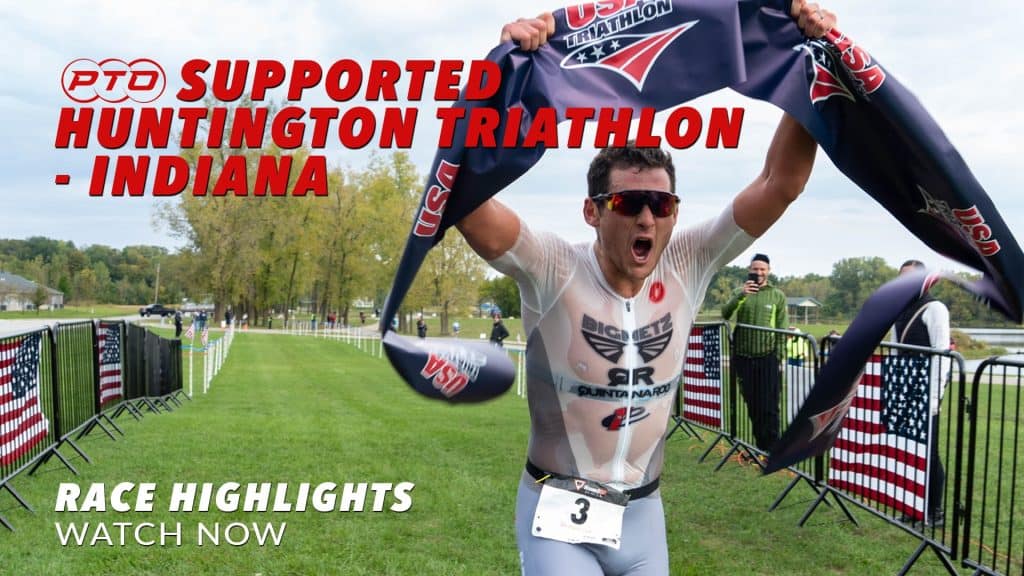 Relive all the action from the PTO supported Huntington Triathlon. Indiana played host to this October Olympic distance race with 29 pros uniting for action for a share of a $20k prize purse creating a fast and furious autumn showdown at Lake Claire. The race had everything to offer with a mix of experience and […] 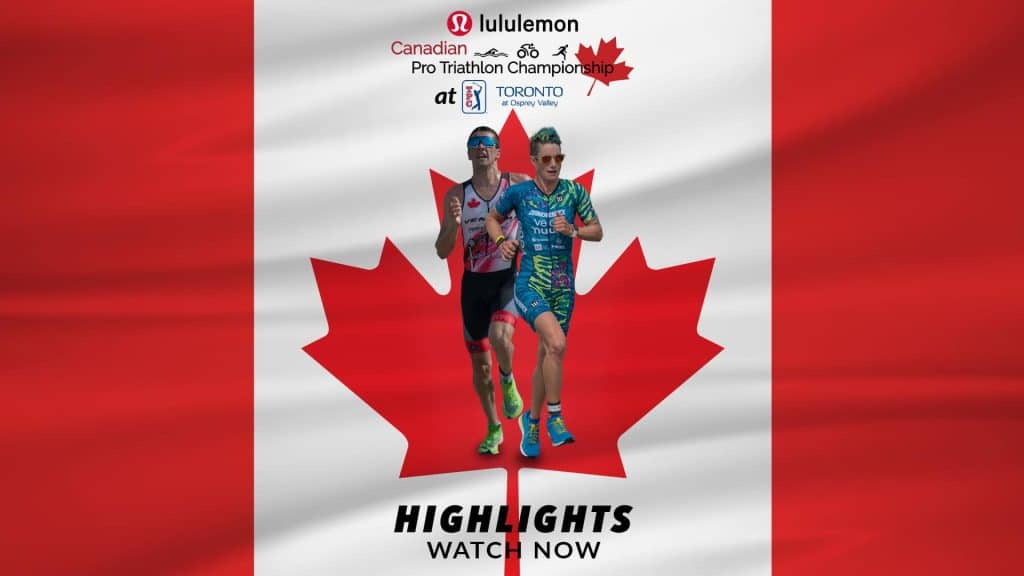 Relive all the action from the PTO supported lululemon Canadian Pro Triathlon Championship’s 20 of Canada’s top triathletes united in Caledon, Ontario to return to racing at the picturesque Osprey Valley. The unique race was set up by the pros for the pros with PTO members Jackson Laundry and Taylor Reid uniting the triathlon community […]

The race is Long: Behind the scenes at Bear Lake Brawl 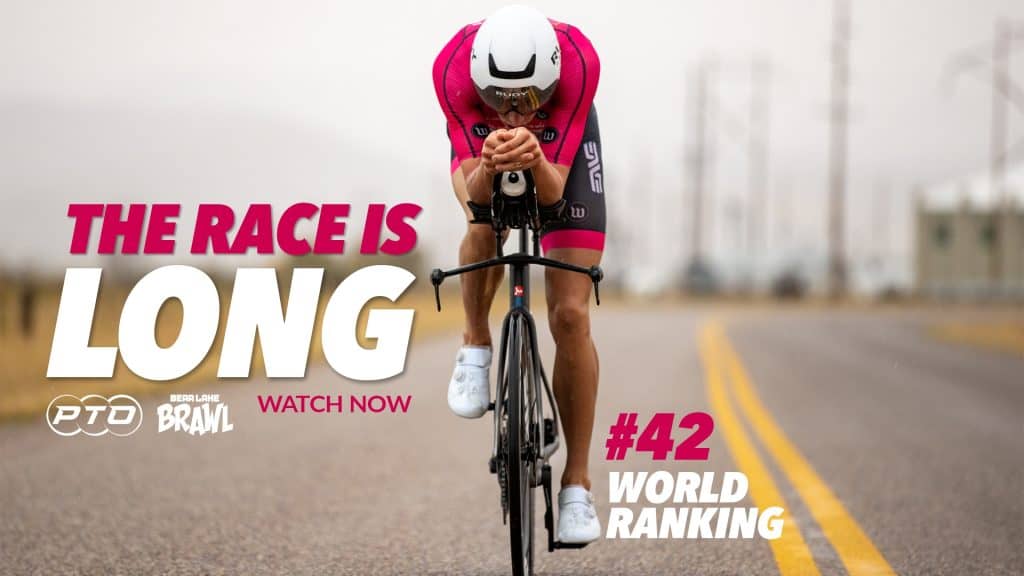 Relive the behind the scenes pain, action and drama from a thrilling race at September’s Bear Lake Brawl in Idaho. The race boasted a stacked field of PTO Pros as triathletes descended on the Caribbean of the Rockies to race for a share of a $20k prize purse backed by the PTO. Some of America’s […] 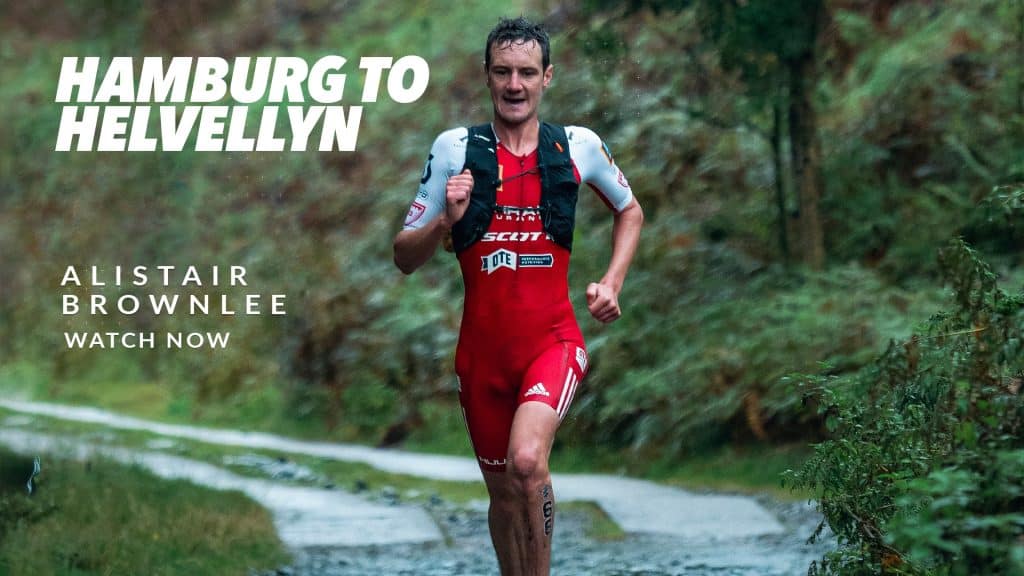 Relive an epic 24-hours in triathlon for superstar Alistair Brownlee as he raced a double header across two countries inside a day winning the Helvellyn Triathlon in the hills of the Lake District. Capture the heart-pounding action with intense highlights from the weekend and how Ali gave back to the sport as triathletes united once […] 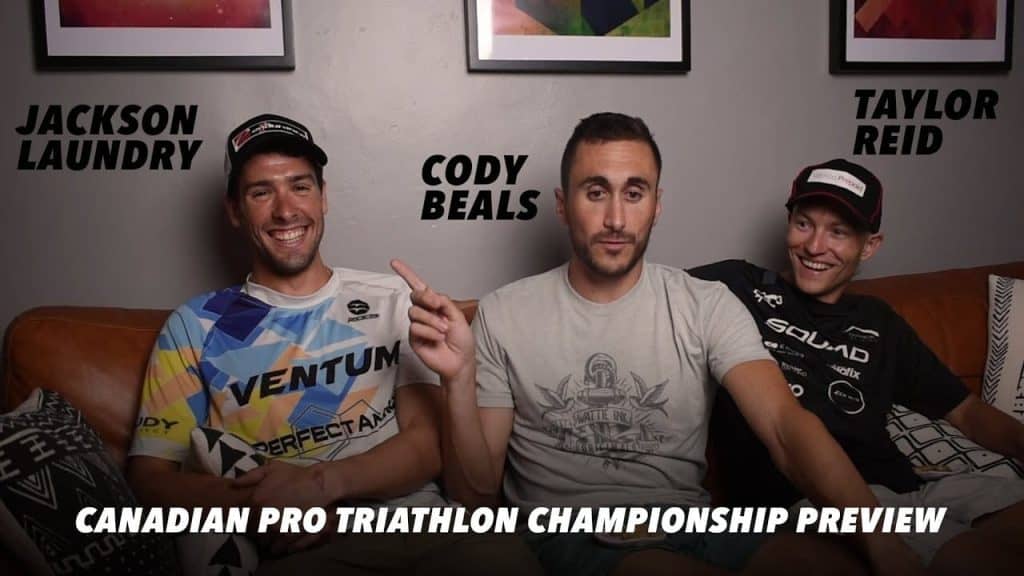 Join PTO Canadian Pros Jackson Laundry, Cody Beals and Taylor Reid ahead of a big weekend of triathlon action at the Canadian Pro Triathlon Championship in Ontario… Before that, the trio sat down with us to relive a local event they took part in as part of their race preparations at the C3 Old School […] 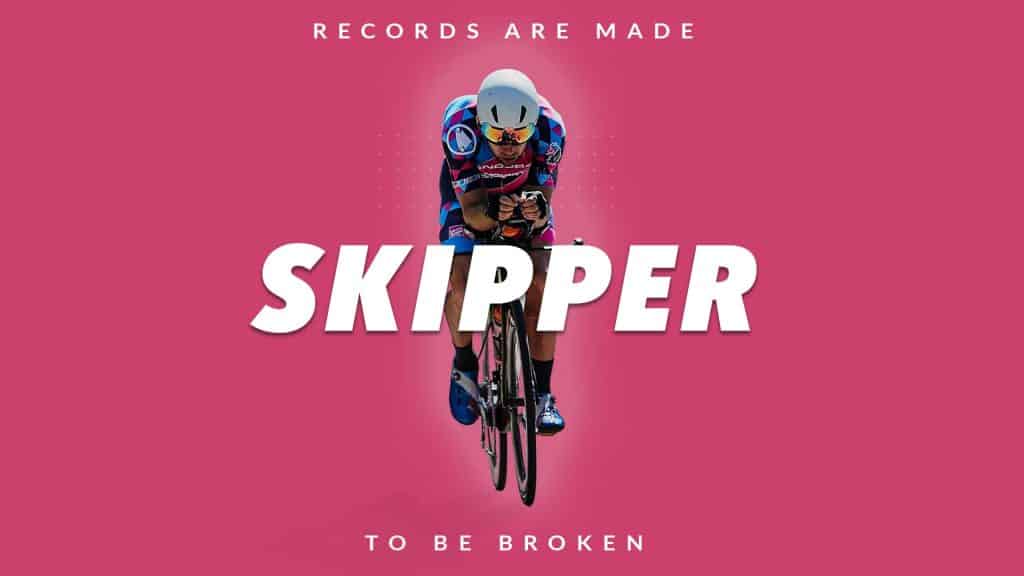 Records are made to be broken! British pro, Joe Skipper set his targets and obliterated them this August at the Breckland TT. Relive Joe’s journey, feel the pain and suffer the ride with highlights from his epic record-breaking 12hr ride.