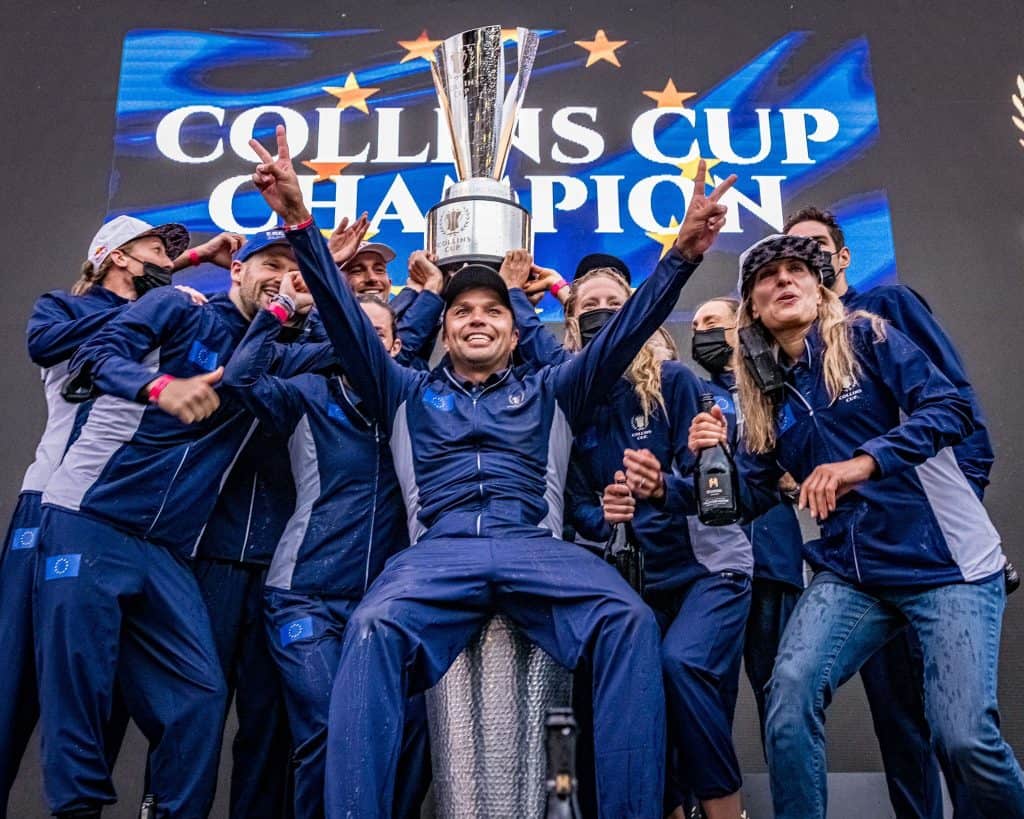 The Professional Triathletes Organisation and Eclat Media Group have announced a deal that will see The Collins Cup highlights show as well as the Beyond Human documentary televised across 16 markets in Asia. The Eclat network is aiming to fill the gap left by the closure of Fox Sports in Asia by launching  two  new, pan-regional sports pay-tv channel SPOTV and SPOTV 2 and has already secured rights to the MotoGP and WorldSBK motorsport championships, the Wimbledon and US Open tennis Grand Slams,  alongside Collins Cup highlights rights.

The Collins Cup is the PTO’s inaugural flagship event which took place on 28th August in Šamorín, near Bratislava, Slovakia and is a new race format modelled after the Ryder Cup, which saw teams of International, European and USA athletes pitted against one another and put on display the excitement, rivalry, drama, and personalities of the sport of triathlon.

As part of the deal, SPOTV  will show an hour-long highlights programme of the race action from The Collins Cup and the PTO’s 2-part Beyond Human documentary produced by Noah Media Group, which follows the journeys of three of the biggest names in the sport – Lionel Sanders (Team Internationals), Sebastien Kienle (Team Europe) and Heather Jackson (Team US) in their quest to see who rules triathlon.

The Collins Cup Highlights Show will air on SPOTV when they are launched in October, alongside other rights which ECLAT Media Group  have acquired including MOTOGP and the tennis Grand Slams. Part 1 and 2 of Beyond Human, PTO’s documentary series, will be televised as well.

Mitchell Hong, , CEO of Eclat Media Group said: “We are very excited to partner with the Professional Triathletes Organisation and look forward to providing the opportunity to bring The Collins Cup and the excitement and personalities of the sport of triathlon to Asian audiences on SPOTV”.

Tim Godfrey, Chief Marketing Officer at PTO, said: “We are delighted to be partnering with Eclat Media Group to show the Inaugural Collins Cup across Asia. The sporting drama that unfolded during the first ever Collins Cup meant that history was made, and we are delighted to showcase our groundbreaking broadcast and our amazing Professional Athletes to the widest possible Asian market.”

About The Professional Triathletes Organisation:
The Professional Triathletes Organisation is a not-for-profit entity consisting of both men and women professional triathletes who have come together to form a representative body which not only gives them a meaningful voice in the way the sport operates but a means to contribute to its growth for the benefit of the entire triathlon community. The PTO seeks to showcase the passion, talents, determination, struggles and achievements of its dedicated professionals through iconic events, reimagined broadcast and compelling storytelling, inspiring global sports fans to watch, engage and participate in Triathlon. The PTO’s inaugural flagship event. The Collins Cup, was held on 28th August 2021 in Samorin, Slovakia and was a head-to-head showdown between the world’s greatest athletes to determine who rules triathlon.