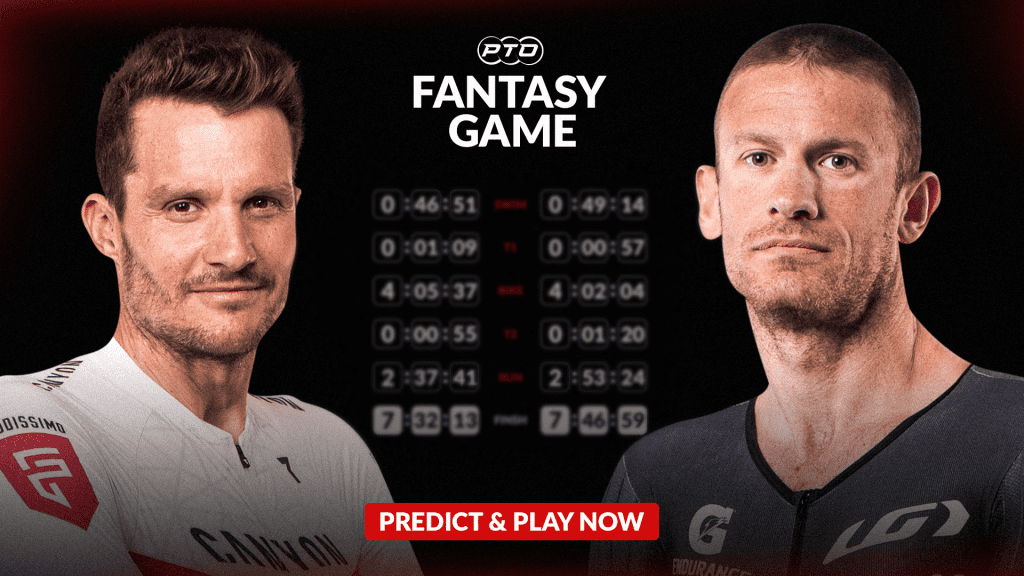 The launch of the PTO’s multi-event triathlon Fantasy Game follows the PTO’s pioneering Race Data and Statistics site which has given fans of the sport unrestricted access to current and historical racing data like never before. The PTO’s Fantasy Game is the next step in enhancing fan engagement in a fun and competitive way that caters for not only Triathlon fans but all sports enthusiasts.

The first edition of the PTO Fantasy Game to launched will be the Zwift Tri Battle Royale where fans will predict the Swim, Bike, Run and Transition times for the much anticipated battle between two of the best triathletes on the planet – Jan Frodeno (Team Europe #1) & Lionel Sanders (Team Internationals #1) taking place on 18th July. Fans will be able to access head-to-head time comparisons between the two athletes. The game starts with a set number of points and players lose a point for every second off their individual discipline predictions. The aim of the game is to lose as few points as possible by predicting the closest times to the actual race times. Play here.

The second edition of the PTO’s Fantasy Game will feature the Triathlon races of the upcoming Tokyo 2020 Olympic Games with the ability to predict the podiums in the Men’s and Women’s events as well as the inaugural edition of the exciting new Mixed Relay concept.

The third edition of the PTO’s Fantasy Game will feature the races of the inaugural Collins Cup where fans can predict which Team Europe, International and US PTO Professionals will come 1st, 2nd & 3rd in each race match on 28th August 2021. The Collins Cup is the PTO’s  flagship event and is a new race format modelled after the Ryder Cup, which will see teams of European, International and USA athletes pitted against one another and put on display the excitement, rivalry, drama and personalities of the sport of triathlon.

The Zwift Tri Battle Royale will be launched on Wed 14th July and details of future games will be announced soon. Games can be played here individually or as part of a private or public league meaning that fans can display their knowledge of triathlon by correctly predicting race outcomes to their friends in a private league as well as to a wider fanbase in the public league.

Christophe Balestra, Chief Technology Officer of the PTO, stated: “The gamification of triathlon will allow the PTO to engage and showcase the sport in new ways and to a much wider fanbase. Fantasy games have proven to be extremely successful in driving fan engagement in other sports. Given the passion of the triathlon fanbase, we hope to replicate the success of this model.”