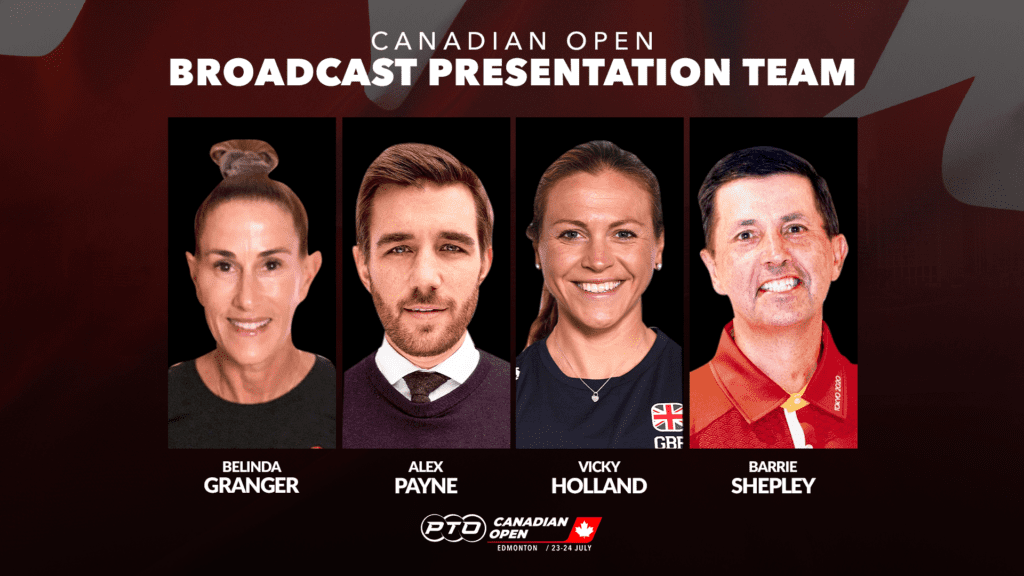 London: The Professional Triathletes Organisation has announced the full broadcast presentation team for the live coverage of the 2022 PTO Tour’s first event, the PTO Canadian Open in Edmonton this weekend, 23-24 July.

Following his debut in triathlon last year, as part of the presentation team for the PTO’s inaugural Collins Cup, Alex is excited to be back for more. Drawn in by his experience at the PTO’s Ryder-Cup style event in Bratislava last August and the opportunity to take a project with huge potential and big ambitions to the next level.

“Bizarrely, the lack of personal affinity with triathlon was part of the appeal – the chance to learn about the extraordinary challenge the sport presents, the characters within it, the tactics, the locations and the history. You don’t often get an opportunity to dive into something with so much colour and appeal, and so many stories that deserve to be told on a much broader scale,” explained Alex, who has never done a triathlon as an adult, but used to do a bit as a kid.

“For someone outside the sport, the ability to put your body into places that most normal people could never achieve is fascinating. And the fact that most of them don’t even see it makes it even more remarkable. It’s obviously on us as broadcasters to grow the appeal, the awareness and the engagement – but I also think the athletes need to be helped in understanding just how extraordinary their achievements are, and how strong their message is, to the armchair viewer. That’s the bit that excites me – and being able to develop a consistent and engaging narrative over the PTO Tour season, underpinned by the PTO Rankings.”

About the PTO Commentary Team

Belinda Granger is a former Professional Triathlete with over thirty years experience in the sport. She has completed fifty IM distance races, has fifteen IM titles including five top ten finishes at the IM World Championships and has been inducted into the Australian IM hall of fame. Belinda was an integral part of the PTO 2020 Championship and 2021 Collins Cup Broadcast Team and will be delivering the same expert triathlon insight.

Barrie Shepley has been at the forefront of triathlon for nearly forty years. He has attended every Olympic Games and over forty World Championships and has over three decades of live commentary experience in the sport.

Vicky Holland has raced short course triathlon for over fifteen years, winning five World Series events during that time with many more podiums. She has three Commonwealth medals, a European Silver medal, a Bronze medal from the Rio 2016 Olympic Games and was the World Triathlon World Champion in 2018.

They will all work alongside multi-award-winning director, Martin Turner, who will head the broadcast team as Executive Producer.

“The beauty of sport is watching those ‘wow’ moments,” said Turner. “That’s why we buy into the athletes as heroes, because they can do things we can only dream of. The mission for all of us on the PTO Tour broadcast team is to capture those moments and then take them to the biggest possible audience.”

“The best athletes haven’t really gone head-to-head that often before. But already at the PTO Canadian Open, we’ll have the top men – Norwegian’s Kristian Blummenfelt and Gustav Iden plus Canadian Lionel Sanders, all racing against each other for the first time this season. And in the women’s race, we’ll have 17 of the world’s top 25 PTO Ranked athletes, led by hometown hero and World #10 Paula Findlay, who grew up racing in Edmonton.”

You can watch the PTO Canadian Open live and exclusive in Europe and the Indian Sub-Continent on Eurosport 1, Eurosport App, Discovery+ and GCN+. Elsewhere, you can catch the races on a number of national broadcasters or via the PTO’s soon-to-be announced OTT solution. For all the details visit: https://protriathletes.org/events/how-to-watch

The PTO Tour race schedule for 2022 includes: the inaugural PTO Canadian Open (July 23-24); the second edition of the PTO’s flagship $1.5 million Collins Cup (August 20) and the first PTO US Open in Dallas (September 17-18). 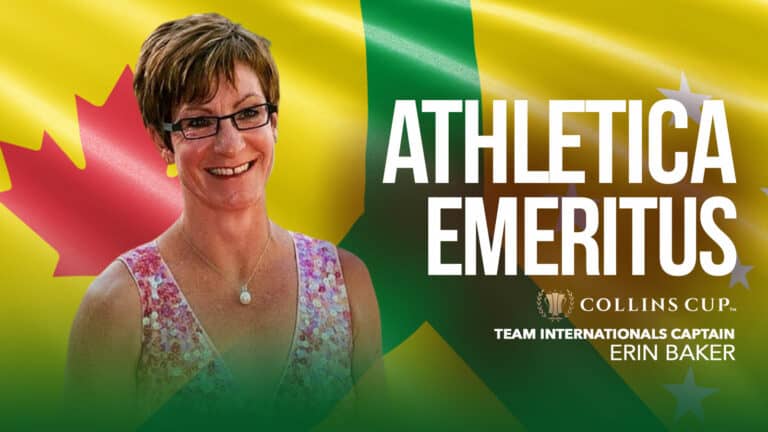