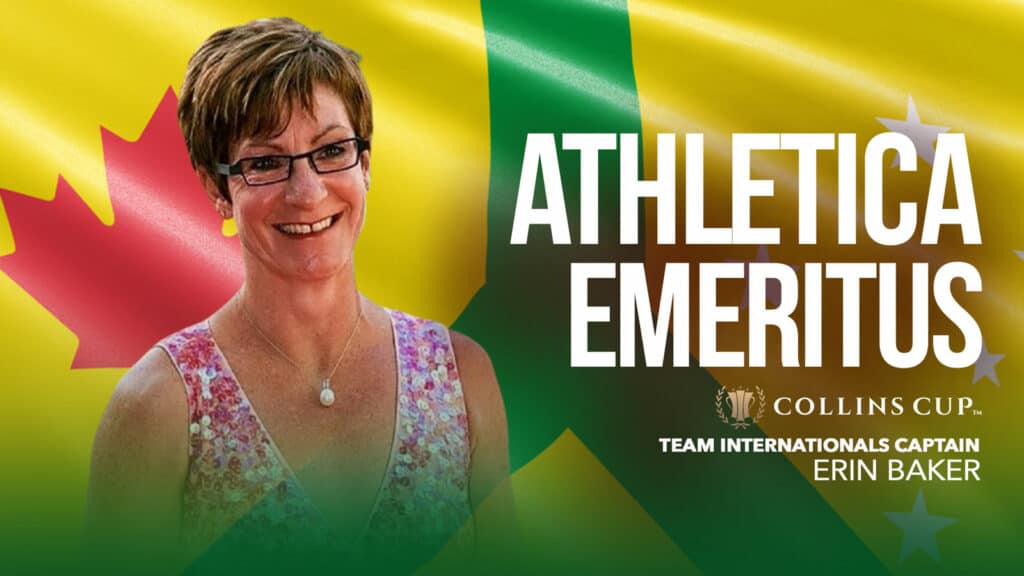 London: The Professional Triathletes Organisation today announced that it has selected Erin Baker as the Athletica Emeritus Honouree for the 2022 Collins Cup. The Collins Cup is a Ryder Cup style triathlon event at which teams from the US, Europe and International regions do battle to see who rules the world of triathlon. The Collins Cup is the flagship event for the Professional Triathletes Organisation.

The PTO has determined that each year The Collins Cup race will honour an individual who has distinguished themselves in the sport of triathlon by recognising them as the Athletica Emeritus Honouree. For the inaugural Collins Cup last year Dave Scott, as the progenitor of professionalising our sport, was the honouree. This year the PTO is pleased to recognise Erin Baker as the Athletica Emeritus Honouree.

Paula Findlay, PTO Board Member, commented: “While we are deeply indebted to all the tremendous triathletes whose blood and sweat over many decades has paved the way for the PTO and The Collins Cup to become a reality, Erin’s contributions to our sport go beyond her unparalleled performances on the racecourse.

“Erin was a pioneer in advancing gender equality in triathlon, insisting on equal prize money for men and women and boycotting races to her own personal detriment when faced with discrimination. The PTO has been built on the bedrock Erin established and is carrying on her legacy of equality in prize money and going even further by establishing an unprecedented paid maternity leave policy that allows women PTO Professionals to become mothers without jeopardising their careers. It is an honour for me, as a female member of the PTO Board and a PTO Professional who has greatly benefited from Erin’s lifetime of effort, to pay tribute to Erin.”

It is nearly impossible to list all of Erin’s triathlon accomplishments. She won 104 of the 121 races she entered, including nine World Championships over all distances.

Mark Allen, six-time IRONMAN® World Champion, commented on Erin’s racing, “All it took was one look at what Erin Baker could do to silence anyone who felt the level of performance in the women’s field was lower than the men’s”. Triathlete Magazine put it simply, “We stopped trying to figure Erin out. We just accept her as the best female triathlete that ever lived.”

Erin commented, “It is truly an honour to be named by the PTO as the Athletica Emeritus Honouree for this year’s Collins Cup. I am thrilled to see the men and women PTO Professionals come together. It has been 40 years in the making and I am very pleased to see today’s generation of professionals have their own organisation and a voice in the sport.”

Erin Baker MBE was originally coached by John Hellemans but controlled and developed her successful career by self-training, “I was self-trained. I just trained as much as my body would handle, and that was a shit load. I trained and trained, and I trained more if I had time. I never got injured so I would often do more in case somebody else was training while I was resting”.

In 1981 she was convicted of throwing explosive devices while protesting during the South African Rugby team tour of New Zealand. This act prevented her from entering the United States for several years, restricting her from competing in any American competitions. Baker was also known for her protests at the Hawaii IRONMAN® competitions when she rebelled against the notion of the winner of the men’s division receiving a car and the women’s division winner receiving nothing for her efforts. She voiced her opinions on numerous occasions and as a result was well known as a controversial athlete.

She finished her triathlon career in 1994 with a record of 104 wins from 121 triathlons entered.

Baker was named “Triathlete of the Decade” by American magazine Triathlete. The magazine commented on her success by saying, “We’ve stopped trying to figure Erin out, we just accept her as the best female triathlete that ever lived”.

In the 1993 New Year Honours, Baker was made a Member of the Order of the British Empire, for services to triathlon.