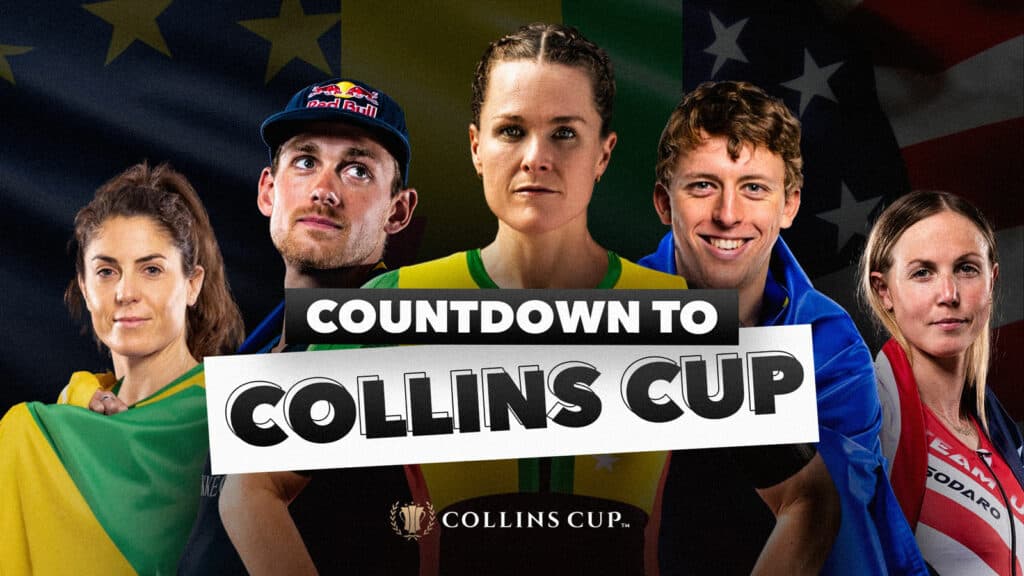 Samorin, Slovakia: Nine-time world champion and reigning Olympic and Commonwealth Champion, Flora Duffy, is in a “power position” for Team International at the second edition of the Collins Cup, which takes place this Saturday 20 August in Samorin, Slovakia.

Speaking in the Professional Triathletes Organisation’s Countdown To Collins Cup 2022 video feature, available to watch now on the PTO+ streaming platform, Bermuda’s first-ever Olympic Champion opened up about her chances at the unique event. Duffy will join Team International as a Captains’ Pick – a wildcard to play against Team Europe and Team US.

“Two times Commonwealth Games champion. Three-time World Triathlon world champion. Six-time Xterra World Champion. I think that’s it,” says Duffy, listing her palmarès. “Yeah, you do come in with a bit of a reputation that may make people feel a little bit uncomfortable or a bit nervous. It’s a big reputation to sort of have to deliver upon. I mean, it’s definitely more of a power position to be in.

“I like that I’m sort of coming in as a bit of an unknown. At the end of the day, it’s swim, bike, run and I’ve proven that I’m pretty good at that. I think for myself, I have a lot to prove. I come in more as an underdog, which is cool. I don’t get to operate in that space much.

“I’m really open to racing anybody. Whoever I do, it’ll probably be somebody that I haven’t raced before or raced in a long time. But yeah, I guess it would be quite cool to match up against someone like Daniela. Anything can happen and I look forward to giving it my best.”

Duffy signs off with a comment on last year’s Collins Cup loss for Team International: “I wasn’t there in that Collins Cup…I’ve come here to win.”

Other athletes featured in the Countdown To Collins Cup 2022 include recent PTO Canadian Open Champion Ashleigh Gentle (Team International), Danish powerhouse paring Magnus Ditlev and Daniel Bækkegård (Team Europe) and PTO Canadian Open podium-getter Chelsea Sodaro (Team US), who, reflecting on the 2021 event, opens up about the post partem struggles she was going through a year ago.

The full Countdown To The Collins Cup 2022 feature is available to watch now on PTO+ with a serialised version rolling out to the PTO Hub YouTube channel this week.

Countdown To The Collins Cup 2022 is the first race-week content from the PTO at this year’s Collins Cup. There’s more to follow including:

All 12 match race line-ups will be revealed to the athletes for the first time.

Login to watch live on PTO+ anywhere in the world, on-demand replay available soon after broadcast.

Hear what the athletes make of their match-ups as they try to psyche out their opponents.

Login to watch live on PTO+ anywhere in the world, on-demand replay available soon after broadcast.

Watch the big event live, match-by-match as the athletes bid for team victory in a battle to see who rules triathlon.