GUSTAV IDEN POISED TO CAPTURE TITLE AS PTO WORLD NO. 1 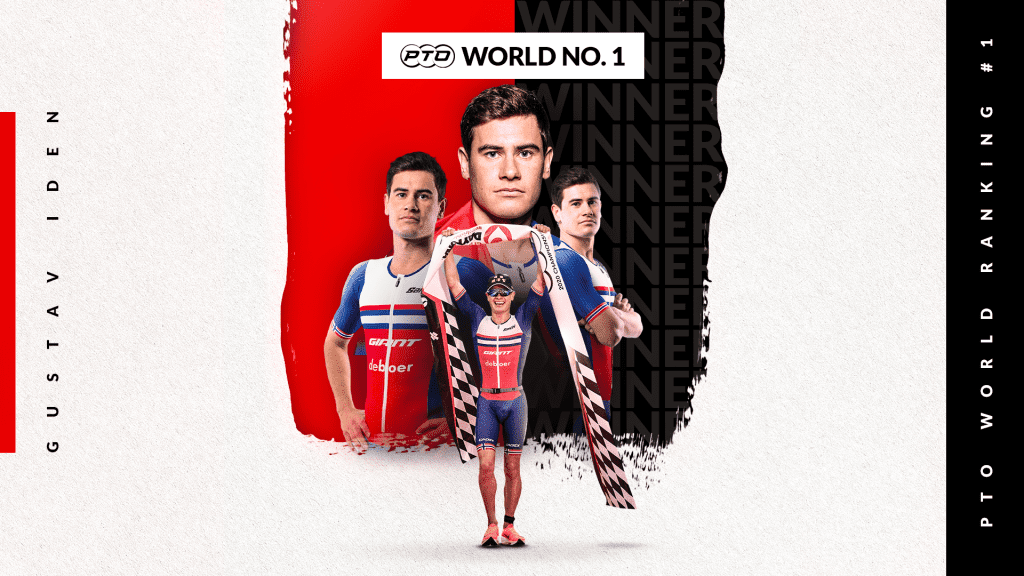 Lionel Sanders Moves up to PTO World No. 3

With Jan Frodeno, PTO World No. 2, announcing that he is not expected to race again this season, Iden is set to finish the season as PTO World No. 1. This will be the first year since the PTO Rankings began in 2016 that Frodeno has not been PTO World No. 1 and might signal that the Changing of the Guard has well and truly begun.

If Frodeno indeed calls it a season, Iden is all but guaranteed to finish PTO World Number 1 for 2021 and scoop up $100,000 of the $2,000,000 PTO World Rankings Bonus pool. Combined with his PTO Championship win at Daytona and his earnings at The Collins Cup, the young Norwegian Superstar will have earned $280,000 in prize money from the PTO.

While the men’s PTO World No. 1 has been settled with Gustav Iden grabbing the crown, it is all still to play for with the women and the battle for PTO World No. 1 looks like it will be decided on December 4th at Clash Daytona, which sees PTO World No. 1 Lucy Charles-Barclay, PTO World No. 3 Laura Phillip, and PTO Word No. 5 Anne Haug all on the start-list and capable of capturing the PTO World No. 1 title.

The PTO World Ranking system is designed to provide a mechanism to properly compensate PTO Professionals based on their achievements throughout the year, as opposed to having a structure where economics hinge predominately on one or two specific races. PTO Professionals race hard all year, and the PTO World Ranking system mitigates the current situation where if they have one bad race, they can lose a significant amount of their earning capacity.