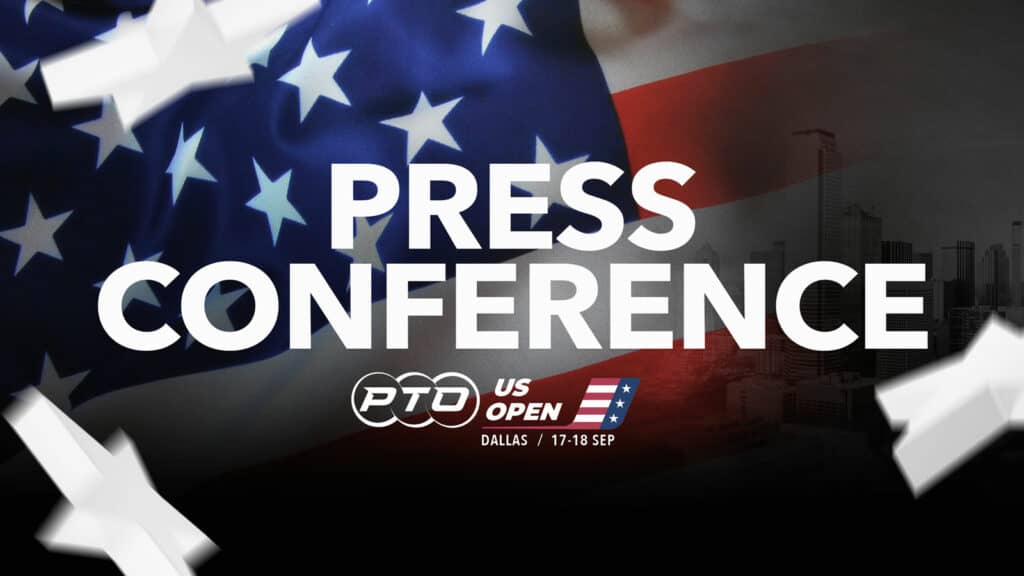 Dallas, USA: The Professional Triathletes Organisation (PTO) US Open press conference gave fans and media the opportunity to hear from some of the contenders ahead of the $1M race this Saturday 18 and Sunday 19 September.

You can watch the whole press conference now on PTO+ to find out all the athletes’ insights. You’ll find selected quotes below.

“It’s the 100k distance, so I feel like there’s an opportunity to go maybe harder than you would on the half distance… So with the short course girls coming in there, almost just pushing up that speed from the Olympic distance over this 100k distance. So in order to win, you need to go pretty hard. But in this race this weekend, it’s going to be super hot. So yeah, you could go hot from the gun, but if you overheat and blow up, you’re not going to win. So it’s about going hard, but being smart and managing that heat – and the one who’s the smartest is going to win.”

Taylor Knibb (PTO World #7) on the unpredictability of racing:

“You never know what’s going to happen – that’s why we hold the race! So regardless of if I had raced every weekend for the past 52 weeks or this is my first race in four months, there are going to be questions. But I’m excited to race, I’m grateful to be on the start line and we’ll see what happens tomorrow.”

Lionel Sanders (PTO World #4) on sprinting for the win and inspiring others:

“If Sam and I are sprinting for the win in this one, we are doing something right for sure… it’s a very, very deep field. And as you saw in Edmonton, it definitely benefits the shorter course guys, I think, a bit more than longer course guys. So if we’re sprinting, that’s going to be good for us for sure.”

“Of course, I love competition. I love exercising. But inspiring others to feel that same love… Triathlon, I do truly believe, saved my life and exercise, endurance, is an outlet for me, for my mental health… I know that endurance sport can positively affect the entire world, can affect everyone and anyone. And so to just get that out there, get that message out there, is an extremely large driving force for me, undoubtedly.”

Daniel Baekkegard (PTO World #6) on the PTO raising the bar for the sport:

The fact that we can actually call this a professional sport for the first time in the history of triathlon, I think with the way the PTO are doing races, setting things up – media attention from all over the world. I think that’s just how it’s supposed to be. You see here [at the US Open], it’s a world-class line-up. Normally, we go to races where it’s not all the best people in the world who are together and racing for the big prize money purse. We see that here. We saw that in Edmonton as well. And I think that’s what we’ve been missing because what we want to do is go head to head with the best guys in the world. And we do that now and we have that opportunity with the PTO and the races they, they put on for us. And yeah, we, I think we just have to support that as professional athletes.

“I mean, as a personal achievement, it would mean the world to me [to win]. But I definitely carry a burden for all of America… Not a burden, it’s actually the opposite. It’s something that lifts me up, that propels me forward. And I’m well aware of that. And I think this really is the same calibre as a 70.3 world championships. I think it can be considered a middle-distance world championships… America is, you know, we’re low on the totem pole right now in triathlon. And I’m trying to bring that back and all the other fellow American guys and girls are trying to bring that back. And that’s something that propels me forward with a lot of joy and passion and just to do the absolute best I can for my country, especially on home soil. And Texas, you know, Texas is the heart of America.”

US Olympic legend Michael Johnson, who is a special guest at the PTO US Open in his hometown:

“Some of these stats and some of the things that I’ve heard that these triathletes have done. I think that story deserves to be told… And it’s why I’m so interested in what you guys are doing here with PTO is helping people put these things into perspective. It’s not enough to go, ‘This person’s the best in the world’… When people at home, or just sort of the layperson, can really understand that and put that into perspective… what that really means – it really drives interest and it helps people really understand just how great [they are].

“Sports have that ability to bridge gaps – inspire young people to live a healthy and active lifestyle, even if they don’t ultimately become a professional. So inspiring the next generation to be involved in sports, to find a sport that truly inspires them, is really important…it’s important to have those superstars at the top, that young kids can look up to and aspire to be like… I mean, kids playing basketball want to be LeBron and every sport needs that LeBron, that Lionel Messi or that Serena Williams, that person that will inspire that next generation because they see those athletes that are the best in the world and being recognised as such.”

How To Watch the PTO US Open

If you’re in Europe or the Indian Subcontinent, you can watch LIVE exclusively on Eurosport, Discovery+ or GCN+. Highlights and race replays will be available 48 hours after the race in these regions via PTO+. If you’re in the rest of the world, you can watch LIVE on PTO+ with pre-race coverage including countdown shows and press conferences also available on the same platform.

The PTO is a new body co-owned by the professional athletes, seeking to take the sport to the next level and see it grow and thrive. The inaugural PTO Tour race schedule for 2022 included: the first-ever PTO Canadian Open (July 23-24); the second edition of $1.5M Ryder Cup-style Collins Cup (August 20), which sees Team Europe take on Team USA and Team International; and the first PTO US Open (September 17-18). Each Open carries a minimum prize money of $1M and will be raced over 100km (2km swim, 80km bike and 18km run). In 2023 and 2024, the PTO Tour plans to expand with the PTO European Open and the PTO Asian Open, alongside their US and Canadian equivalents and the Collins Cup. 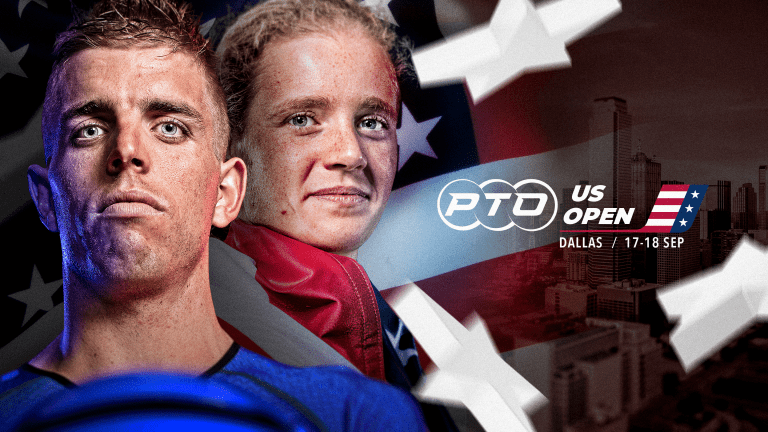