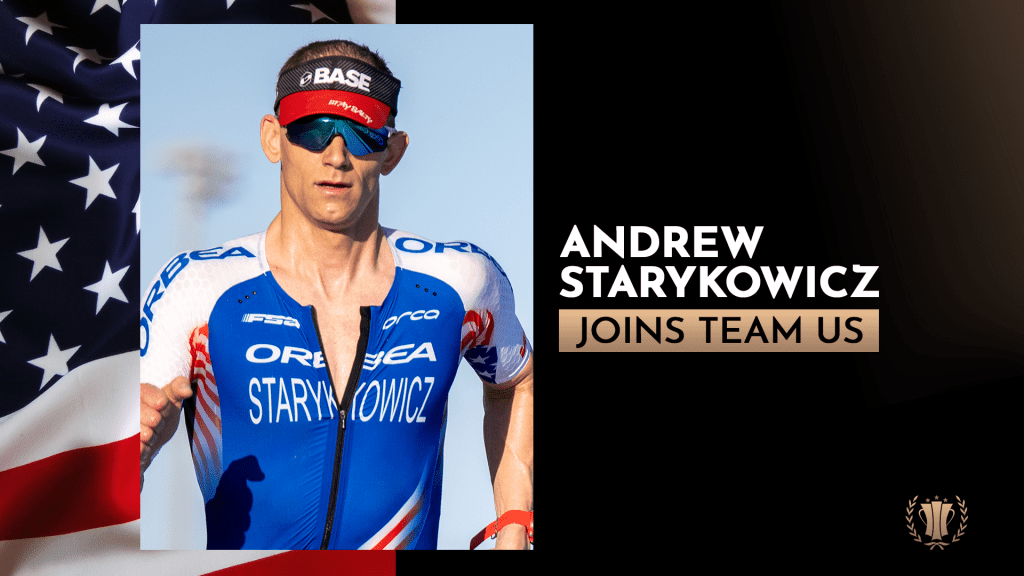 LONDON, ENGLAND: The Professional Triathletes Organisation today announced that Andrew Starykowicz has been called up to replace injured Chris Leiferman on Team US at the Collins Cup.

Mark Allen, Team US Captain, commented, “Triathlon is a gruelling sport and injuries can occur at the most inopportune time. While we know Chris was anxious to be at The Collins Cup and would have been an asset to our team, in Andrew Starykowicz we have a veteran with incredible skill and power that he will unleash in Šamorín. We are grateful that Starky will be able to join the cause and enter the battle for Team US.”

Andrew Starykowicz commented, “It is an absolute privilege to be able to race for Team US at the inaugural Collins Cup and I look forward to competing against the best athletes from Team Europe and Team Internationals.  I am proud to be part of the PTO and the PTO has provided us, as professionals, the opportunity to compete at world class events during the pandemic. They have been invaluable putting on events during these uncertain times. Now it’s time to race and I am ready to fly Old Glory.”

The Collins Cup is the PTO’s inaugural flagship event taking place on 28th August in Šamorín and is a new race format modelled after the Ryder Cup, which will see teams of International, European and USA athletes pitted against one another and put on display the excitement, rivalry, drama and personalities of the sport of triathlon.