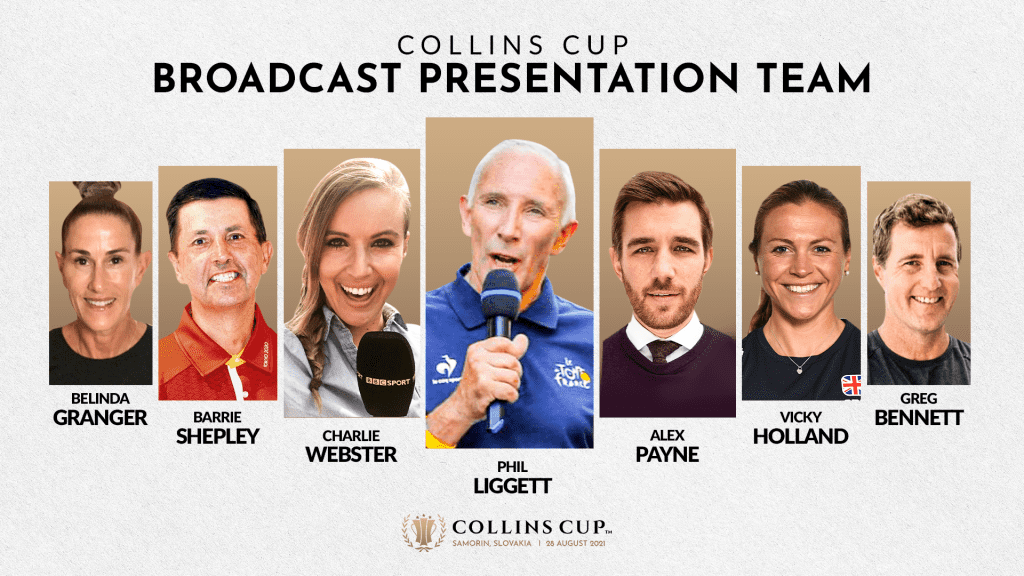 LONDON, ENGLAND: The Professional Triathletes Organisation (PTO) today announced the full broadcast presentation team for the live coverage of the PTO’s inaugural flagship event The Collins Cup – a new race format modelled after the Ryder Cup, which will see teams of European, International and USA athletes pitted against one another and put on display the excitement, rivalry, drama and personalities of the sport of triathlon. Scheduled to take place on 28th August at the extraordinary x-bionic® sphere in Šamorín, near Bratislava, Slovakia, it will be broadcast live in the highest value production the sport has ever seen.

Alex Payne has spent over seventeen years with Sky Sports. As well as presenting live tennis and poker, for the last decade he has been the lead Rugby Union presenter, fronting over one hundred internationals and four Lions tours.

Charlie Webster is an experienced live broadcaster having worked for major global TV networks, events and brands including Wimbledon, the London Olympic and Paralympic Games, World Title Boxing, the Champions League and the Six Nations Rugby.

Belinda Granger is a former Professional Triathlete with over thirty years experience in the sport. She has completed fifty IM distance races, has fifteen IM titles including five top ten finishes at the IM World Championships and has been inducted into the Australian IM hall of fame. Belinda was an integral part of the PTO 2020 Championship Broadcast Team and will be delivering the same expert triathlon insight for The Collins Cup.

Barrie Shepley has been at the forefront of triathlon for nearly forty years. He has attended every Olympic Games and over forty World Championships and has over three decades of live commentary experience in the sport.

Vicky Holland has raced short course triathlon for over fifteen years, winning five World Series events during that time with many more podiums. She has three Commonwealth medals, a European Silver medal, a Bronze medal from the Rio 2016 Olympic Games and was the World Triathlon World Champion in 2018.

The full broadcast presentation team of seven will work alongside multi-award-winning director, Martin Turner, who will head the broadcast team as Executive Producer.

Martin Turner, Executive Producer of The Collins Cup commented: “This is a world class commentary team with exceptional presenters. I am looking forward to working with this extraordinary team as we make an effort to showcase the sport to not only those who love triathlon, cycling and endurance sports, but also to those general sports fans who crave the rivalries that will be put on display when the best athletes in the world do battle for the Collins Cup.”

Sam Renouf, Chief Executive Officer of the PTO, stated: “We are thrilled to have such an experienced commentary team for The Collins Cup. Alex and Charlie are both exceptional presenters and Belinda, Greg, Barrie and Vicky will bring a combination of more than 100 years of seasoned experience to the broadcast team and provide sports fans with an unparalleled analysis of the excitement live as it unfolds.”