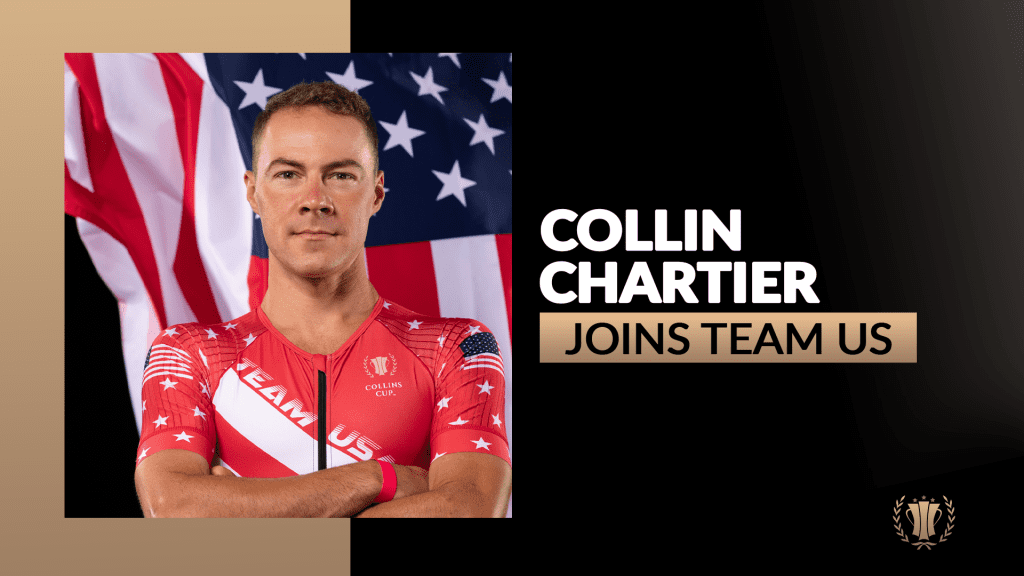 LONDON, ENGLAND: The Professional Triathletes Organisation today announced that Collin Chartier has been called up to replace an unwell Rudy Von Berg on Team US at The Collins Cup.

Mark Allen, Team US Captain, commented, “Rudy has been unwell for the last two weeks and is not yet fully recovered or feeling strong enough to race. Rudy would have added huge value to Team US and was keen to race, but this is a brutal sport and we need to be mindful of an athletes health. We are thankful to have Collin Chartier as a stand-in who is willing and certainly able to take Rudy’s place and enter the battle for Team US.”

Rudy Von Berg commented, “I am gutted to have to pull out of The Collins Cup. I have been sick and although I had resumed training and was hoping to be ready to race, I am still not feeling anywhere close to being ready to perform at the required level to serve my teammates. After discussions with Team US Captains Mark and Karen, we concluded that it would be better for our team if Collin, who is in top form, was brought onto the squad. I will be cheering on Team US from the side-lines.”

Collin Chartier said “It is an absolute privilege to be able to race for Team US at the inaugural Collins Cup and I look forward to competing against the best athletes from Team Europe and Team Internationals. I have big shoes to fill but will give it my all for Team US.”

About The Professional Triathletes Organisation
The Professional Triathletes Organisation is a not-for-profit entity consisting of both men and women professional triathletes who have come together to form a representative body which not only gives them a meaningful voice in the way the sport operates but a means to contribute to its growth for the benefit of the entire triathlon community. The PTO seeks to showcase the passion, talents, determination, struggles and achievements of its dedicated professionals through iconic events, reimagined broadcast and compelling storytelling, inspiring global sports fans to watch, engage and participate in Triathlon. The PTO’s inaugural flagship event. The Collins Cup, will be held on 28th August 2021 in Samorin, Slovakia and will be a head-to-head showdown between the world’s greatest athletes to determine who rules triathlon.