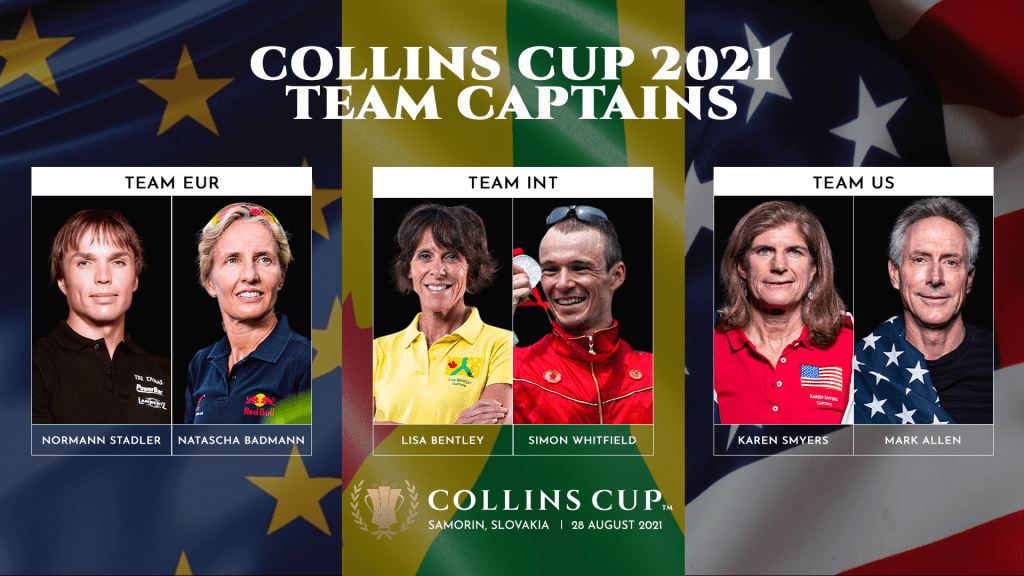 Scheduled to take place on 28th August at the extraordinary x-bionic® sphere in Šamorín, near Bratislava, Slovakia, The Collins Cup is a new race format modelled after the Ryder Cup, which will see teams of European, International and USA athletes pitted against one another and put on display the excitement, rivalry, drama and personalities of the sport of triathlon. Each team will consist of 12 professional triathletes, six men and six women. Eight athletes, four men and four women, will earn a place on their respective teams by way of the PTO World Rankings™system and the remaining four athletes, two men and two women, will be selected by the non-athlete PTO Board Members with advice from Team Captains.

6x IRONMAN® Kona World Champion, Badmann, will replace Chrissie Wellington as Team Europe captain. Wellington and Team International captains, Erin Baker and Craig Alexander are unable to attend the event due to disrupted travel plans as a result of COVID-19.

Badmann, the original Swiss Miss, was a pioneering triathlete who spent 25 years as a pro. Her rookie IRONMAN® race was Kona 1996, where she came second only to fellow legend Paula Newby-Fraser. Always racing with a smile, Badmann returned to take victory in 1998 which began an era of dominance with wins on the Big Island following in 2000, 2001, 2002, 2004 and 2005. While leading the race in 2007, a bike crash threw Badmann to the tarmac, breaking her collarbone and requiring two surgeries on her shoulder. It took years for her to swim properly again, but her overwhelmingly positive attitude meant Badmann refused to retire from the sport she loves. After getting back to fitness with second at IRONMAN® Lanzarote in 2011, Badmann won IRONMAN® South Africa and came sixth in Kona the following year, setting the day’s fastest bike split at age 45. Badmann completed her last IRONMAN® Kona in 2016, 20 years after her first start. She continues to race and inspire others and was  inducted into the 2021 IRONMAN® Hall of Fame. Still inextricably linked to triathlon, she works as a business coach and motivational speaker – skills that she will combine with experience from her glittering pro career to lead Team Europe into battle for the Collins Cup.

Sam Renouf, CEO of the PTO, commented, “ Natascha ‘The Swiss Miss’ Badmann is a legend of the sport. Not just because of her six IRONMAN® World Championship victories in Hawaii, but the incredible longevity of her career and her passion for triathlon. We think Natascha will make an excellent Team Europe captain.”

Natascha Badmann commented, “I could not be more thrilled at being asked to be Team Europe Captain for the inaugural Collins Cup. The primary mission of the PTO is to celebrate the sport of triathlon and by bringing together today’s top triathletes in a battle to see which region dominates the sport of triathlon, will not only be a riveting competition, but will serve as a platform for professionals and fans alike to celebrate our sport.”