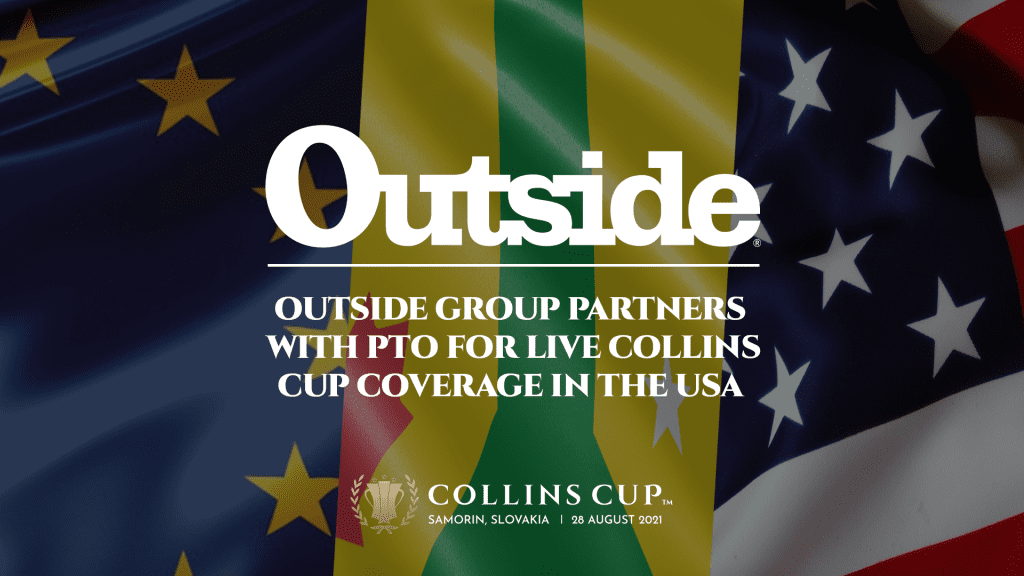 LONDON, ENGLAND: The Professional Triathletes Organisation (PTO) and Outside, Inc. have agreed to a partnership that will see The Collins Cup aired live and on demand in the U.S. on OutsideTV.com and OutsideTV’s app; and simulcast in the OutsideTV video player on Triathlete.com and OutsideOnline.com.

The Collins Cup is the PTO’s inaugural flagship event taking place on Aug. 28 in Šamorín, near Bratislava, Slovakia and is a new race format modeled after the Ryder Cup, which will see teams of International, European, and USA athletes pitted against one another and put on display the excitement, rivalry, drama, and personalities of the sport of triathlon.

As part of the deal, the entire Collins Cup broadcast of over 7 hours will be streamed live on Outside’s digital channels, as well as two Collins Cup countdown shows and an hour-long highlights show of the race action from The Collins Cup. The PTO’s two-part Beyond Human documentary produced by Noah Media Group is currently being shown, which follows the journeys of three of the biggest names in the sport – Lionel Sanders (Team Internationals), Sebastien Kienle (Team Europe) and Heather Jackson (Team US) in their quest to see who rules triathlon.

Other short-form features such as Battle for Glory are currently being screened across Outside digital channels.

Mark Burchill, Outside Inc. said: “We love what the PTO is doing to bring more attention to some of the most incredible athletes on the planet and we are thrilled to be partnering with them on the Collins Cup and content that gives an gives an inside look at what it takes to compete at the highest level.  Outside is now heavily invested in the endurance space and we look forward to growing this partnership in the future. ”

Tim Godfrey, Chief Marketing Officer at PTO, said: “Outside is a key media partner for us in the USA, famed for championing sport and fitness as well as the personalities, the environment, and the style and culture of the outdoors.  The sport of Triathlon delivers all these things and we are delighted to showcase our athletes, our sport and our inaugural event –  The Collins Cup to Outside’s USA fan base.  History will be made at the first ever Collins Cup – and we are delighted that Outside can help us deliver this to a wide audience of sports fans in the USA .”

Download the app and sign up FREE to watch live matches, exclusive content, live shows, replays, highlights, features and electric archive footage.
Android
Apple
Find out how to watch The Collins Cup in your country here*. Live broadcast globally available on The Collins Cup player, excluding in Europe where the live broadcast will be exclusively available on Eurosport 2, the Eurosport player and Discovery+ in selected markets.