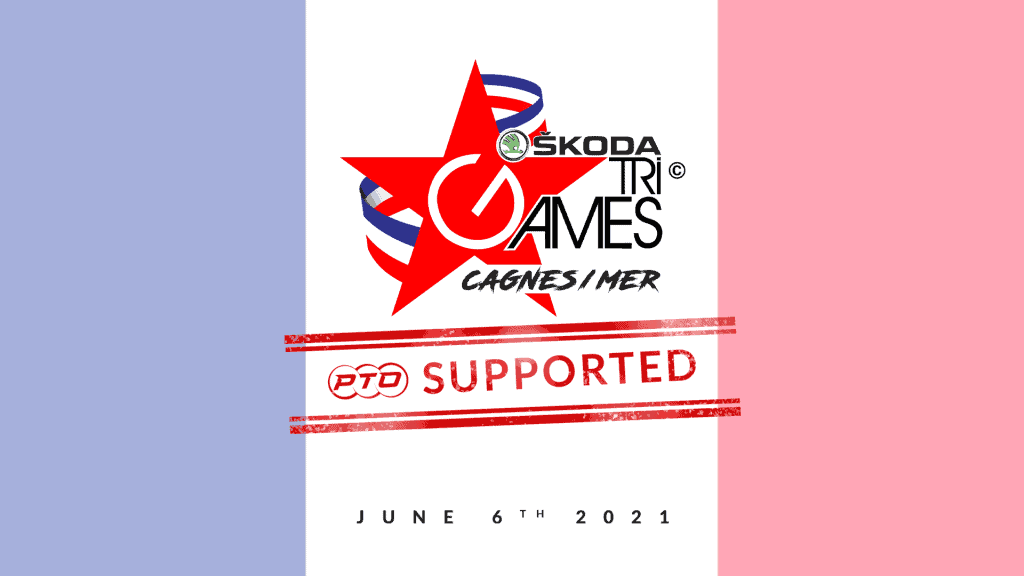 LONDON, ENGLAND: The Professional Triathletes Organisation today announced that it has partnered with the French Triathlon Federation, the governing body of the sport in France, and event organiser, TriGames to provide a professional prize purse along with media and marketing support for the French National Championships on 6th June at Cagnes-Sur-Mer in the South of France.

The PTO will provide an additional €13,000 to the existing prize purse along with media and marketing support to showcase the event and its athletes to the sporting public. PTO Professionals will also be able to earn points towards Collins Cup qualification in addition to possibly obtaining a Captain’s Pick with a stand out performance.

The event weekend will see 2.5 & 5km swim events as well as an Olympic Distance triathlon, Relay and the Professional Race comprising of a 1.9km swim, a 93km bike with an elevation gain of 1740m, taking in the renowned Col de Vence, and finishing with a 20km flat run along the sea front.

Charles Adamo, Executive Chairman of the PTO, commented, “Once again we are very grateful to find opportunities to support local and regional races and our triathlon community. The PTO is pleased to support the French National Championships with a €13,000 prize purse. The commitment of Triathlon France and race directors like Sylvain Lebret of TriGames to overcome and host an event in these difficult times demonstrates that united our sport will not be defeated.  It is an honour to be part of an event that not only puts on display the resilience of those committed to supporting our sport, but also gives our PTO Professionals in Europe the chance to race and earn points towards Collins Cup qualification”.

Sylvain Lebret, Race Director of SKODA TriGames stated, “After the success of the Skoda TriGames last year, we are delighted to confirm that we have been awarded French Long Distance Championship status. Our team has worked tirelessly to be able to host another event in this climate and provide athletes with an opportunity to race safely. Cagnes-Sur-Mer is a beautiful location and it will be great to see PTO Professionals battle it out to earn qualifying points for The Collins Cup. We thank the PTO for their continued support of TriGames”.

Cedric Gosse, CEO of Triathlon France added, “I welcome the PTO’s involvement in the Skoda TriGames which we will be the French Long Distance Championships in 2021. We are extremely excited to welcome PTO Professionals to the race and thank the PTO for their support of Triathlon in France. It is a tribute to Sylvain Lebret and his TriGames team that they are able to host this event in what has been a very difficult year.”

Cagnes-sur-Mer is a beautiful town in south-eastern France located on the shores of the Mediterranean Sea, between Nice and Cannes, 5km from Nice airport.