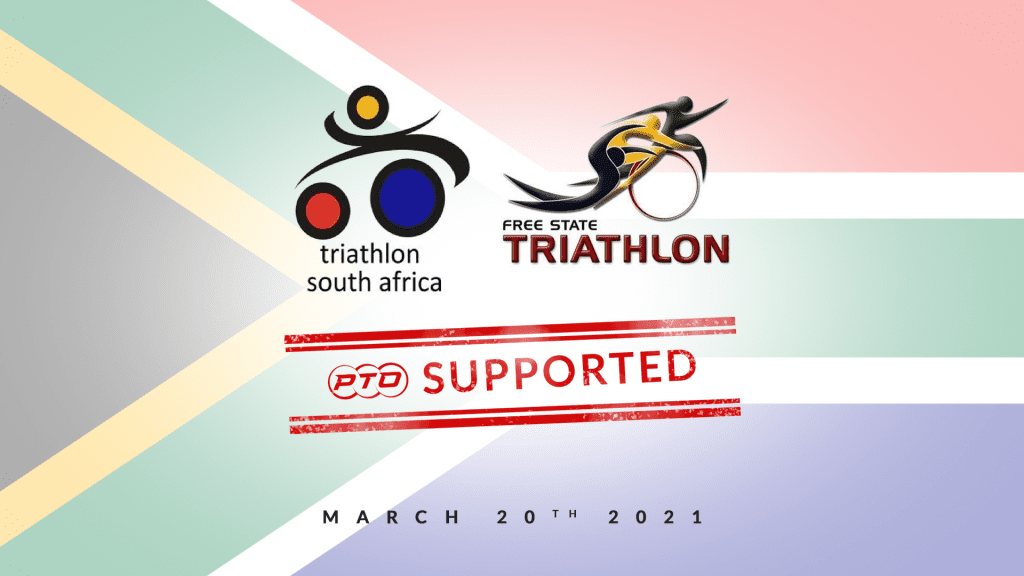 LONDON, ENGLAND: The Professional Triathletes Organisation today announced a partnership with Triathlon South Africa, the governing body of the sport in South Africa, and the Provincial Planning Committee body, Free State Triathlon that will see an expanded footprint of the South African National Triathlon Championships at Maselspoort, Resort Bloemfontein, South Africa on March 20-21st 2021. The PTO will provide a professional prize purse along with media and marketing support.

Charles Adamo, Executive Chairman of PTO commented, “2021 continues to prove challenging for our triathlon community. With many large races in South Africa being cancelled, we welcome the opportunity to work closely with Triathlon South Africa and Free State Triathlon to provide support to events that are putting in great efforts to operate in a safe and responsible way. It is a tribute to the hard work of Triathlon South Africa and race director, Retief Freyzen and Free State Triathlon, and demonstrates that when our community comes together, we can persevere to provide athletes with great racing opportunities.”

Christa Roestoff, Secretary of Triathlon South Africa, Free State Triathlon President and one of the producers of the National Triathlon event said, “I’m excited about the PTO’s involvement in the South Africa National Triathlon Championship. We share the same values of supporting our athletes and the future of triathlon. It is wonderful to be able to hold our National Championship in the current climate when so many races elsewhere have been cancelled. We are excited to welcome PTO Professionals to the race and thank the PTO for their support.”

Dr Adri Vermaas, Free State Sport Confederation Board Member said “It is an honour that TSA, the National Federation of Triathlon in South Africa has awarded a National Championship Event to be organised by the Free State Triathlon body for the last five years in a row. It shows great trust in the president of the LOC of Free State Triathlon and his team’s ability to organise a world class event on a local level. The event has a positive economic impact to the area of Bloemfontein especially in these COVID times, which have devastated the tourism industry and had an effect on the poor communities surrounding the City of Bloemfontein. Most guest houses are fully booked for this event, and Triathlon Free State is involving the disadvantaged communities in helping set up and break down the event as well as other tasks. The addition of a prize purse by the PTO should attract an even stronger professional line-up and gives our amazing field of age group athletes the chance to race with some of the best professionals in the sport on the same course at the same time.”

The South Africa Triathlon Championship will take place across two days with participants expected across the weekend to take part in a range of National Championship Events. South Africa Sprint Triathlon Championship for u/15, u/17 u/19, Junior Elite, Age Group and Para Triathlon Athletes, as well as the Age-group Olympic National Championship. The weekend will culminate with the National Championship Professional race and the start list includes Henri Schoeman (Olympic, World and Commonwealth Games Medallist), Bradley Weiss (X-Terra World Champion), Emma Pallant (World Duathlon Medallist) and Matt Trautman (Multiple Iron man Podium Finisher). All racing will take place in the spectacular location of Maselspoort Resort, located outside Bloemfontein. The route is challenging and with the venue located at high altitude, with a dry climate and warm temperatures, it will make for exciting racing.

All information and route maps can be found on the FST LOC website: www.fstriathlon.co.za