PTO Release ‘Countdown To Dallas’, With Lucy Charles-Barclay targeting a win and Sam Laidlow seeking redemption – at the First-Ever PTO US Open 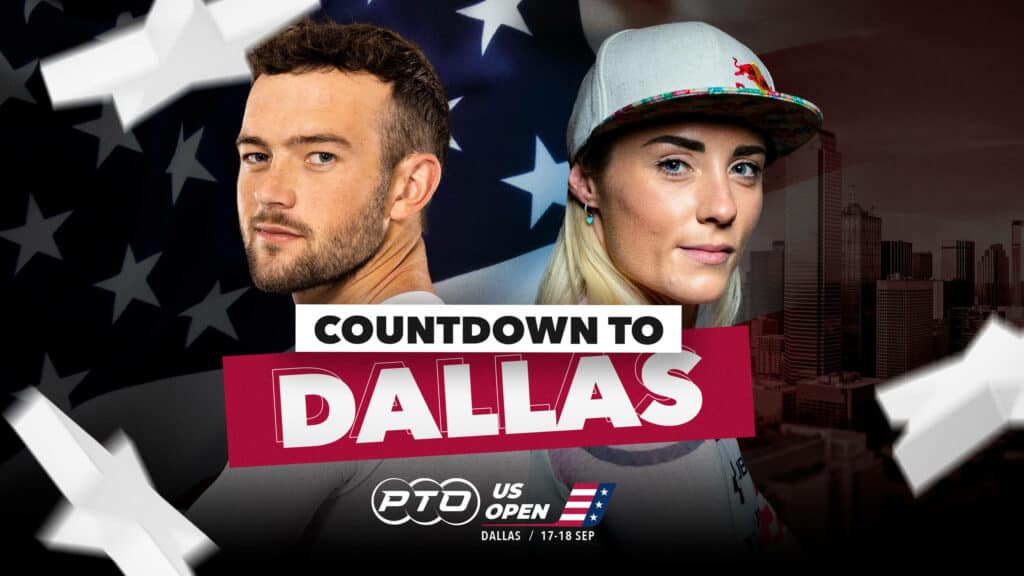 Dallas, Texas: The Professional Triathletes Organisation (PTO) today released their Countdown To Dallas preview for this weekend’s PTO US Open in Dallas (17-18 September).

The 50-minute show is available now on PTO+ and follows the build-up through the contrasting eyes of Great Britain’s Lucy Charles-Barclay and France’s Sam Laidlaw, ahead of the last PTO Tour races of its inaugural season.

Fully fit and firing after her win at World Triathlon’s Long Distance World Championships last month, Charles-Barclay flies to the US with one thing on her mind – her first PTO Tour win.

“There’s never been so much at stake, so much on the line. If I have a good event in Dallas it definitely cements where I’m at,” said the 28-year old, who has climbed back from #41 to #5 in the PTO World Rankings following her win in Samorin.

Meanwhile, Sam Laidlow has a different mission on his mind – redemption – after being on the wrong end of a Collins Cup face-off with Team International’s Canadian Lionel Sanders and Team US’ Sam Long, which started with the Frenchman rapping his way into Long’s head, but ended with him finishing a distant third in the race. Whilst Long and Sanders thrilled fans with a storybook sprint finish won by PTO #5 Sanders in the final few yards.

“This race in Dallas is about redemption. Proving to myself that I belong,” said the 23-year old, who is #19 in the latest PTO World Rankings, down from his career high of #8.

You can watch the trailer for Countdown To Dallas here and see the full episode by signing up to the PTO+ app.

In the women’s race there is a strong contingent of American female triathletes competing for the $1 million prize fund, led by PTO World #7 Taylor Knibb and supported by #15 Jackie Hering, #18 Jocelyn McCauley, #23 Sophie Watts, #37 Danielle Lewis and #56 Lesley Smith.  They will be up against a stellar line-up of international stars including: PTO Canadian Open winner and runner up Ashleigh Gentle (AUS) and Paula Finlay (CAN); Team Europe Collins Cup winners Kat Matthews and Holly Lawrence (GBR). Plus the resurgent Lucy Charles-Barclay (GBR).

As well as world-class sporting action on the course, the races will also see a very special guest off it. Former US Olympic sprinter Michael Johnson will be checking out both races in Dallas – his hometown – and making guest appearances on the TV commentary.

For details of how to watch the races live on PTO+ and national broadcasters visit: https://protriathletes.org/events/how-to-watch/

The PTO is a new body co-owned by the professional triathletes, seeking to professionalize and grow the sport and take it to the next level. The inaugural PTO Tour race schedule for 2022 includes: the first-ever PTO Canadian Open (July 23-24); the second edition of $1.5M Ryder Cup-style Collins Cup (August 20-21), which sees Team Europe take on Team USA and Team International; and the first PTO US Open (September 17-18). Each Open carries a minimum prize money of $1M and will be raced over 100km (2km swim, 80km bike and 18km run). In 2023 and 2024, the PTO Tour plans to expand with the PTO European Open and the PTO Asian Open, alongside their US and Canadian equivalents and the Collins Cup.