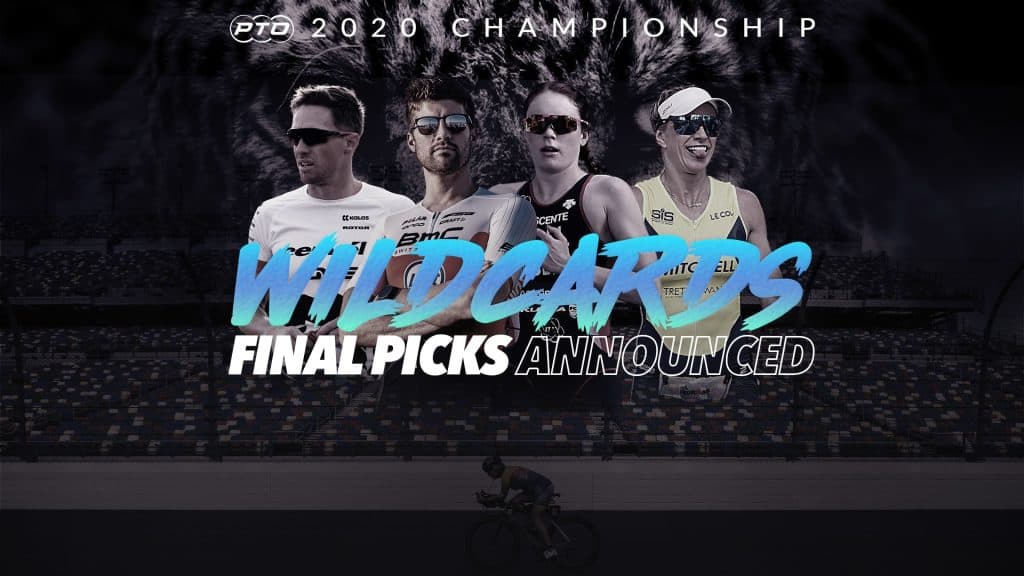 Lucy Hall, Simone Mitchell, Chris Leiferman and James Cunnama have been selected as the final wildcards for the PTO 2020 Championship at CHALLENGEDAYTONA®.

They complete a list of 20 wildcard athletes who top off the strongest field ever assembled by the sport.

The wildcards join 80 all-star automatic qualifiers in a monumental battle for that ground-breaking $1,000,000 purse in front of a global TV audience.

Hall could blaze an early trail

It would come as no surprise to see Hall at the head of affairs early in Daytona, she is one of the fastest swimmers in the sport and also excels on the bike.

Her impressive short-course career also included selection for the 2012 Olympic Games in London at the age of just 20.

Despite having been on the scene for almost a decade, Hall is still only 28 and showing plenty of promise having transitioned to longer distances.

So far in 2020, Hall has been busy at PTO-supported races. She finished fourth at Helvellyn Triathlon, third at the Pushing Limits Triathlon in Germany and fifth at the Outlaw X Triathlon.

Mitchell meanwhile was able to excel in Age-Group competition despite coming into triathlon with very little experience in the sport’s disciplines.

She advertised her potential by coming home the fastest female amateur of all at the 2017 IRONMAN 70.3 World Championship in Chattanooga. A year later she proved her prowess at full distance by finishing second overall in Lanzarote whilst still an amateur.

Her first professional start came in 2019 at IRONMAN Wales and resulted in a fairytale victory, complete with a bike and overall course record.

Mitchell has proven her ability to perform at a high level without frequent racing, so the COVID-ravaged 2020 season is not likely to hamper her in Florida. She will relish the opportunity to test herself against the very best in the sport so early in her professional career.

With his strong bike splits, dominant runs and likeable personality, Leiferman has established himself as one of triathlon’s fan favourites.

Leiferman gradually improved throughout 2015 and 2016, picking up various 70.3 podium finishes including a victory in Austin in 2016. But 2018 was the real breakout year for the 34-year-old American.

He showcased both his versatility and ability with an agonisingly close second place over the 70.3 format at Marbella and two full IRONMAN successes at Louisville and Boulder. The latter came in a record time of 8:07:55.

2019 brought another victory over the 70.3 distance, back at Boulder, as well as a coveted top-10 finish at Kona. Leiferman’s relentless style of racing, allied to that big personality, adds yet another exclamation point to a stellar field.

Cunnama’s journey to the PTO 2020 Championship began some 15 years ago when he was a volunteer at a triathlon, and was bitten by the bug.

The 37-year-old South African is another versatile performer at home over both middle and full distances.

He has shown that he can win across all course types, including some of the sport’s most iconic events – Challenge Roth, Alpe d’Huez, Embrunman and IRONMAN France. Over shorter distances he has 70.3 successes to his name at Lanzarote, Weymouth and on home soil in South Africa.

Cunnama has been a model of consistency, grabbing victories and podiums on a regular basis, along with a pair of top-10 finishes at Kona (fourth in 2013 and fifth in 2017).

Cunnama further bolsters a field already packed with star power, and now with that field set, the countdown to December 6 is well and truly on.