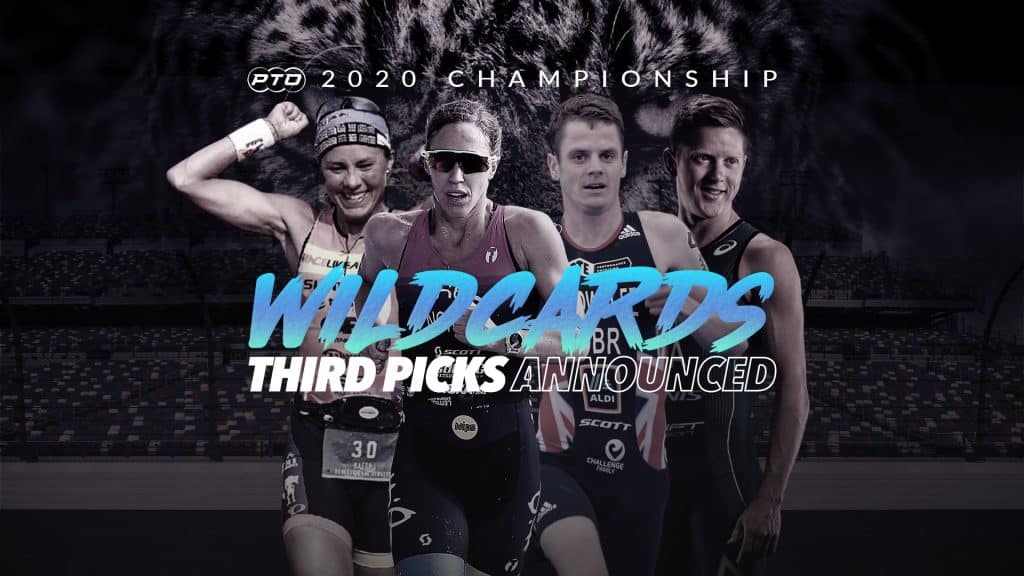 Jonny Brownlee, Lisa Norden, Henri Schoeman and Angela Naeth are the latest wildcard selections for the PTO 2020 Championship at CHALLENGEDAYTONA®

With Jonny Brownlee and Henri Schoeman joining Jonny’s brother, Alistair, and Javier Gomez on the start line, the star-studded field will have every men’s Olympic medal winner from both the 2012 and 2016 Olympics, renewing old rivalries.

Speaking of rivalries, The PTO 2020 Championship will give Olympic silver medalist Lisa Norden one final chance to settle the score with fellow wildcard selection Nicola Spirig, who took the Gold from Norden in a heart-breaking photo finish.

The latest four nominees further bolster the incredible line-up and will make predicting a winner of the blockbuster $1,000,000 purse even more difficult.

Jonny Brownlee–A glimpse into the future

The 30-year-old Yorkshireman has enjoyed success at Olympic level too, picking up a bronze medal in 2012 before going one better with a silver in 2016.

He has indicated that Tokyo in 2021 will be his final Olympics, so the PTO 2020 Championship could be a tantalising glimpse into his future after that.

Can he display the same smooth transition to middle-distance racing as his brother in recent years? December 6 should begin to answer that question.

Lisa Norden–Pedal to the metal

Norden is another athlete who has stood on an Olympic podium, following her silver medal-winning effort at London 2012.

Norden has moved permanent into middle-distance racing, and her recent form has been excellent, with victory at the PTO-supported Pushing Limits race and a dominant success at IRONMAN 70.3 Gdynia in Poland (courtesy of a massive bike split).

Arguably the best rider around, Norden’s ability to attack on the bike would certainly put her in contention from the start in Florida.

While Norden brings the ‘X-factor’ on the bike, world-class swimmer Schoeman adds yet more elite talent in the water.

Schoeman has spent years battling the Brownlee Brothers. He captured a bronze medal in the 2016 Olympics, where Alistair and Jonny won Gold and Silver, respectively. His impressive victory later that year at the ITU Grand Final, was over-shadowed by the iconic image of Alistair pushing a collapsing Jonny over the finish line.

The South African star vanished both Brownlees at the 2018 Commonwealth Games, taking the Gold. Schoeman has now begun to move-up to some middle-distance racing and finds the space once again occupied by the pesky British brothers.

Expect Schoeman putting the likes of Lionel Sanders and Sebastian Kienle under early pressure thanks to that prowess in the water, but will his legs be able to handle the onslaught from the uber-riders.

Speaking to Angela Naeth, it is easy to think of her as the stereo-typical, easy-going, polite Canadian, but despite her diminutive stature and ever-present smile, the British Colombian born Naeth is a gritty, determined competitor, who has overcome challenges that would have defeated most others.

Naeth is another athlete who excels in the saddle. She possesses a stellar CV in middle- and long-distance events, with over 36 podium places in her career, so the PTO 2020 Championship will hold no fears.

The Canadian has displayed tremendous courage, resilience and willpower in her fight against the impact of Lyme Disease, and even standing only 164cm in her trainers, is a giant of inspiration.

The superstar names will keep coming over the next few days, with the next set of four men and four women wildcards to be announced next week.