Strength in adversity: how triathlon responded to COVID 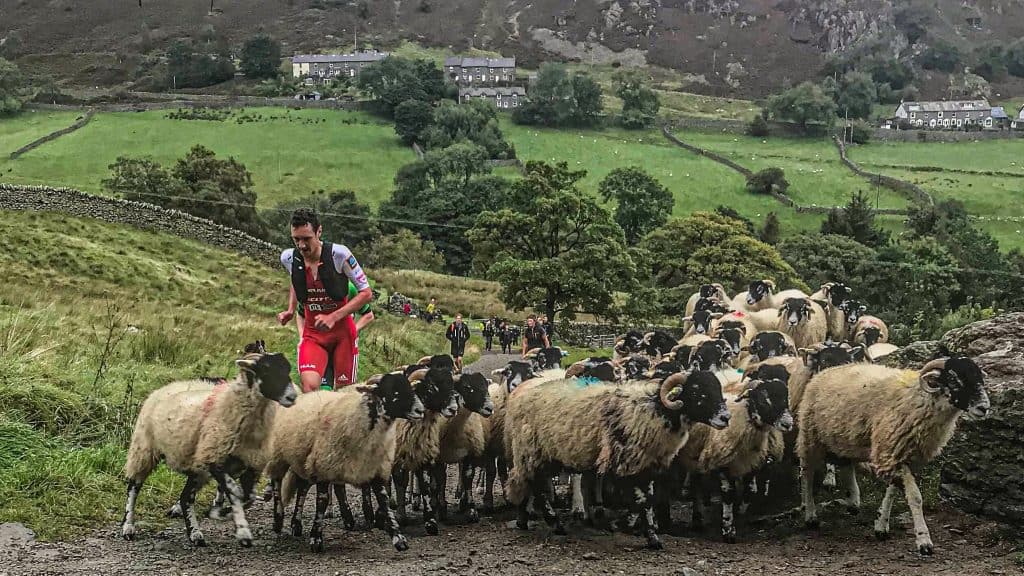 Through adversity comes great strength, and the response of PTO Professionals to the COVID-19 pandemic has been a perfect example.

Uniting to push the sport forward in these unprecedented times, they have shown a determination and resilience which reflects the PTO’s motto of ‘Dum Spiro, Spero’ – Whilst I Breathe, I Hope.

The inaugural $2 million Collins Cup, set for May and featuring the biggest prize purse in the history of triathlon, was postponed, along with every other earning opportunity for professional triathletes

In response to pandemic, the PTO moved swiftly and decisively and in March paid out $2.5 million to over 200 men and women PTO Professionals. It was critical assistance when it was needed most, and it set a benchmark in the wider sporting world.

The next step, as the world learned to live with the pandemic, was to provide competition and the chance of prize money, with PTO Professionals taking the lead and showing the indomitable spirit of pro racing.

In a collaborative process, they joined forces with race organisers of local and regional events as well as the wider triathlon community. It was a win-win situation for all concerned but took a tremendous amount of teamwork to make it happen.

Charles Adamo, Executive Chairman of the PTO, said: “Their conduct exemplifies the nature of the PTO as an athlete-led organisation with a mission to celebrate our sport and see it grow and thrive. We hope that their efforts and unity in these difficult times are an inspiration to others.”

There was a stacked field for Challenge Davos in August but, just when racing was finally restarting, there was suddenly another new and unexpected challenge. Massive thunderstorms meant the Swiss event had to be cancelled soon after the swim on safety grounds.

Despite that juddering disappointment, what happened next underlined the strength of feeling and positive attitude.

The athletes gathered en masse in the rain to give a huge round of applause for all the efforts to get the race on, a gesture which spoke volumes.

As did the decision to share the additional prize money equally among all the professionals who attended, while the original purse was directed towards the age-group athletes’ entry fees for 2021.

It was onwards and upwards as the focus next shifted to the famously-tough Helvellyn Triathlon in the UK a week later.

The idea had come from Alistair Brownlee and Joe Skipper, who had approached race organiser Rob Wilkins and encouraged the athletes to race, with the PTO providing financial backing.

In the rugged beauty of England’s Lake District, the race featured a 38-mile cycle route which included “The Struggle,” an aptly-named 1,500ft climb.

This time the hard work came to full fruition as Brownlee, who had won the race as a 19-year-old in 2007, emerged triumphant. He promptly donated his winnings to athletes racing who finished outside of the top 10 and the Brownlee Foundation.

It was the second race in the space of just 24 hours for Brownlee, who had competed in Hamburg just a day earlier.

“This year has been a tough one for professional athletes and the charitable sector. I feel lucky to be involved with the PTO and be so well supported by them,” explained the two-time Olympic champion. A feeling which was echoed throughout the field.

New professional Ruth Astle, the second woman home behind Nikki Bartlett, relished the chance to finally race for prize money while India Lee in third explained just what a difference the PTO had already made to her.

“I’m self-funded, relying almost exclusively on prize money for an income so with no racing it was difficult to see where I could make ends meet,” she explained.

“So the money I received earlier this year from the early bonus pay-out meant I could continue training. If they hadn’t [done that] the reality is I wouldn’t have been able to continue in the sport.”

One place behind in fourth was Lucy Hall, who had bought a treadmill with her bonus payment which meant she was able to train throughout lockdown.

Those two events were just the start.

The Canadian Pro Triathlon Championship followed the same successful formula, with Jackson Laundry one of the PTO Professionals who helped organise the race. However, he was quick to praise the PTO’s input, saying: “That was really what got it all going, it provided the momentum we needed to run with it and it also gave the race legitimacy.”

In the United States meanwhile, Skye Moench has been a driving force behind the Bear Lake Brawl Triathlon in Idaho.

She explained: “Once again PTO professionals are leading the way in uniting to support our great triathlon community. While these are small steps, each one is an important and lasting one as we stand alongside all those who love our sport.”

And those “small steps” of races and prize money around the globe will now build to a thrilling and lucrative end to an incredibly challenging year thanks to the $1 million PTO 2020 Championship at Daytona in December.