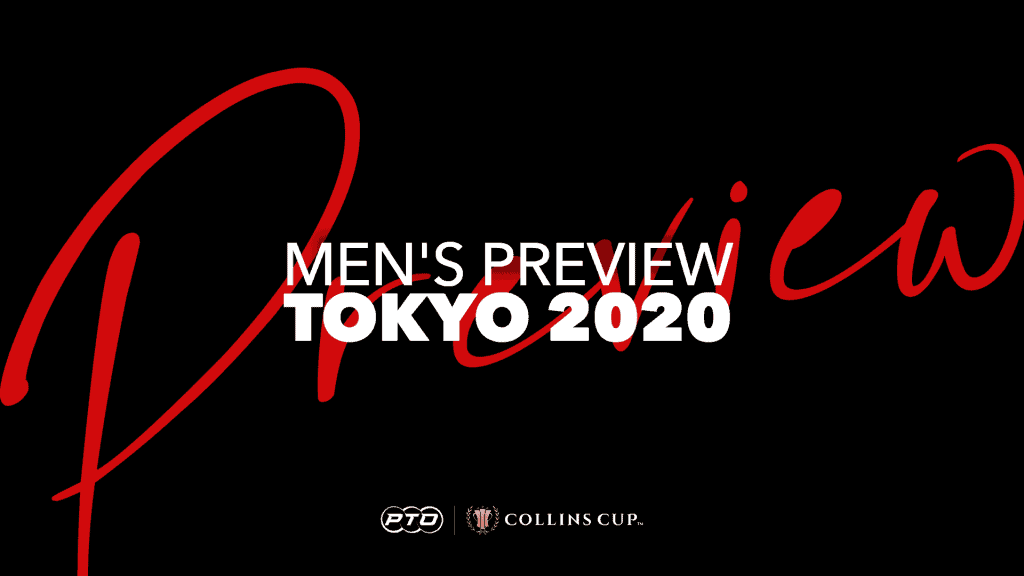 It’s been five years since we’ve got to experience all the hype, excitement and heart-thumping action of an Olympic triathlon race so the men’s event – held on Monday 26 July 2021 at 06:30 Tokyo time – has a lot to live up to. Fortunately, there is some incredible talent set to battle it out for glory.

Due to Covid, we’ve not seen athletes race as much as normal before an Olympics, so the form book gives an incomplete picture ahead of the race. Add in different restrictions around the world, athletes stretching their Olympic cycles for an extra year and the heat expected in Tokyo and it’s one of the most open Olympic races we’ve ever seen.

With a non-wetsuit 1500m swim, flat but technical 40km bike course and flat 10km run, the men’s race dynamics could follow most similar short-course World Triathlon Championship Series (WTCS) events. That’s usually a fast swim with a doomed breakaway on the bike which is caught to create a big group with a footrace to decide the medals.

Deviation from that recipe here could come down to the depth of the 55-strong field. Here we have limited numbers for each country and some athletes who are likely to be under orders to act as domestiques or go easy ahead of the Mixed Relay. That could lead to things getting more stretched out than usual in the swim which could favour a breakaway. If a small, strong working group can get out of sight on the bike, we could be in for a thrilling cat-and-mouse as the fastest runners begin their hunt from T2.

Here is a selection of athletes to look out for on the day – along with their start numbers.

Hayden ‘The Falcon’ Wilde made use of his extra year of Olympic training by winning the NZ 5km National Championships in 2020 and 2021. Taking the latter in a scorching time of 13:43.53, he then surpassed that mark in February this year – going 13:29.47 on the track that puts him in contention with Alex Yee as the sport’s fastest runner. Wilde was third at the Olympic Test Event in 2019 – so has proven his talents against a strong field and the Tokyo heat – and raced aggressively at WCTS Leeds, where he faded to fifth. If he makes the front pack in the swim – or uses his bike strength to bridge up – he’s certainly a medal contender.

2019 and 2020 World Triathlon Champion and two-time Super League champ, Vincent Luis is a stellar all-rounder with the winner’s mindset to boot. There’s no denying the Frenchman’s class or speed – he’s beaten every athlete in the Olympic field on multiple occasions and went into 2020 as the overwhelming favourite for Gold at the Games. Things have changed a little since then – at least outwardly. The only WTCS event we’ve seen him at this year was in Yokohama, where he finished a sub-par sixth, giving other athletes the hope that he’s human and beatable in Japan.

Perhaps a little less well known than some of the other athletes on this list, Canada’s Mislawchuk earns a place here thanks to his spectacular performance in the 2019 Olympic Test Event where he beat Norway’s Casper Stornes and New Zealand’s Hayden Wilde to the top spot. A consistent and proven performer in the heat, 2021 has seen Mislawchuk chasing the sun with a World Cup win in Huatulco, Mexico, and another victory at the Americas Triathlon Cup in Long Beach, California on 18 July. All that makes him a worthy athlete all the others will have on their watchlist.

One of three previous Olympic medallists in the men’s field, opponents will be writing off 38-year-old Javier Gomez at their peril. A nine-time world champion across a variety of disciplines and distances, the Spaniard is a class performer through and through. Gomez knows how to perform on the big days and with the weight of expectation much lower than his Olympic turns in Beijing 2008 and London 2012, where he took silver, he’s got nothing to lose in Tokyo.

World Champion in 2016, 2017 and 2018, Mario Mola has 16 World Triathlon series wins and 34 podiums to his name. While his run is his weapon, his main goal in Tokyo will be to have a strong swim and bike so he’s in a position to use it. Like Luis, Mola is one of Joel Filliol’s athletes, who, presumably by design, have yet to peak in 2021 with any top-level wins. If he’s up there at the start of the run, his experience and talent could certainly net him a medal.

If Olympic Gold was awarded on pure guts and determination, it would undoubtedly go to Kristian Blummenfelt. Always racing full gas from gun to tape, Blummenfelt goes hard and doesn’t look back. Despite not usually being able to keep pace with the field’s fastest swimmers, the Norwegian 70.3 world record holder’s aggression on the bike and run means he regularly features in the mix. Winner of the WTCS event in Yokohama in May, Blummenfelt has shown great form this year. Let’s not forget the strength that comes from sharing the start line with fellow countrymen PTO World #XX and PTO 2020 Championship winner Gustav Iden and Casper Stones – second at the Olympic test event.

Before taking Olympic Bronze at Rio in 2016, Henri Schoeman was an outside bet. Since then, he’s become one of the sport’s most consistent performers with plenty of great results including the 2016 World Triathlon Grand Final and Gold at the 2018 Commonwealth Games. A stellar swimmer who can back things up with a strong bike and run, he’s one for targeting the big events and could well feature in the final selection in Tokyo.

A former collegiate runner with a track 5km PB of 13:26.22, Morgan Pearson has seemingly come out of nowhere to the top echelons of World Triathlon in 2021. The American secured his Olympic berth by taking third place in May’s WTCS event in Yokohama then followed this up with second behind Alex Yee at WTCS Leeds in June. On both occasions, it was his spectacular running that made the difference, but he’s also a great swimmer and biker. Brim-full of confidence after these top-level results, don’t be surprised to see him battling for the podium.

Second only to his brother Alistair in Rio, Jonny Brownlee is, without doubt, one of short-course triathlon’s most successful athletes with 31 WTCS podiums, 13 wins and two Olympic medals. However, his last Olympic-distance WTCS win was back in August 2017 in Stockholm and his only victories since then have been at the sprint distance – WTCS Edmonton in July 2019 and this year’s World Triathlon Cup win in Arzechena in May. That lowering of expectation could be exactly what Jonny needs to claim another Olympic medal – he has nothing more to prove and has already stated his desire to move up to 70.3 after the Games.

Representing a changing of the guard in British short-course triathlon, Alex Yee is one of the up-and-coming athletes at the Games who’s benefitted from the event’s postponement, giving him the time to translate his promise into results. The sport’s best runner on paper, Yee won the 10,000m British champs on the track with a PB of 27:51 while his 5km best is 13:26. That running pedigree didn’t truly combine with an all-around triathlon performance until June’s WTCS race in Leeds. Yee’s vastly improved swim, aggressive biking and astonishing foot speed earned him the win and a spot on the British Olympic team. While the non-wetsuit swim in Tokyo might slow him a little, he’s now shown he can make it to the front and take Gold.

To celebrate the Tokyo 2020 Olympic Games triathlons, we’ve expanded our Tri Fantasy Game to get you even more invested in the outcome! Purely in the name of fun, you can put on your triathlon pundit’s hat and make your predictions for the Games to earn bragging rights with your friends.