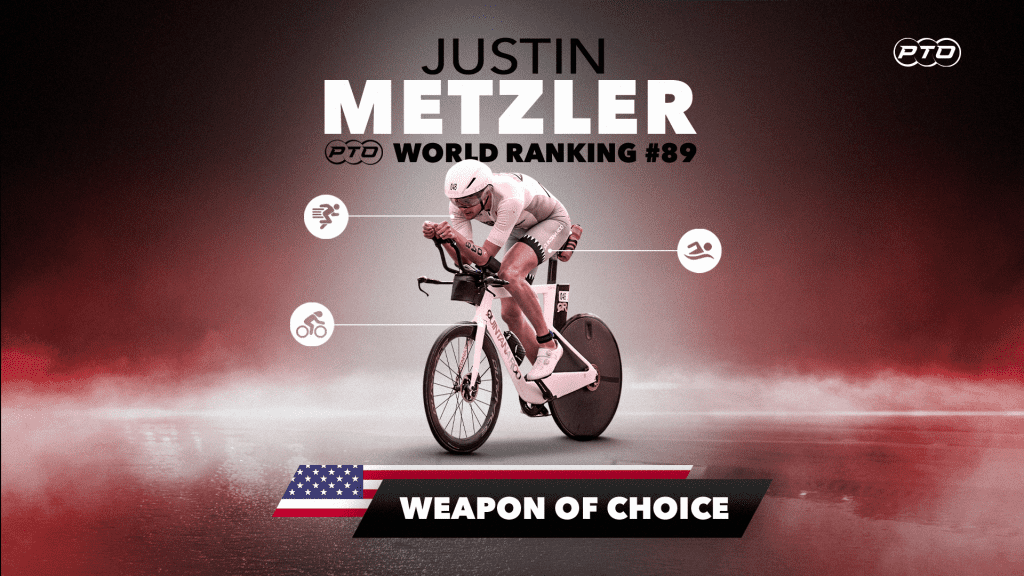 Justin Metzler’s commitment to triathlon has been unwavering since he got his first taste of the sport as a 13-year-old.

Standing at 6ft 4ins (1.93m), the American fondly known as ‘Big Metz’ once had dreams of becoming a professional basketball player, but he has his dad to thank for pointing him towards triathlon.

After training with his father as a teenager, Justin discovered a real love for the sport. After just a few years of competition he was voted USA Triathlon Rookie of the Year In 2014.

His first professional victory came at CHALLENGEICELAND in 2017, before he topped the podium at CHALLENGESANGIL in Mexico in both 2018 and 2019.

2020 brought a particularly special moment for Justin and wife Jeanni – a fellow professional triathlete – as they both claimed victory at the Huntington Triathlon in Fort Wayne, Indiana.

An appearance as a wildcard in the PTO 2020 Championship at CHALLENGEDAYTONA® was another landmark moment in his blossoming career. Justin finished 33rd in the deepest field ever assembled by the sport.

“Challenging race for me at the @professionaltriathletesorg championship yesterday,” he said afterwards.

“It was an important step in my development to be part of this race and see the current level of world championship racing. I have to keep working, stay patient and trust the process.”

Justin is keen to learn from his experience in Daytona and will be looking to improve on his position of #89 in the PTO World Rankings in 2021.

Here are his ‘Weapons of Choice’: