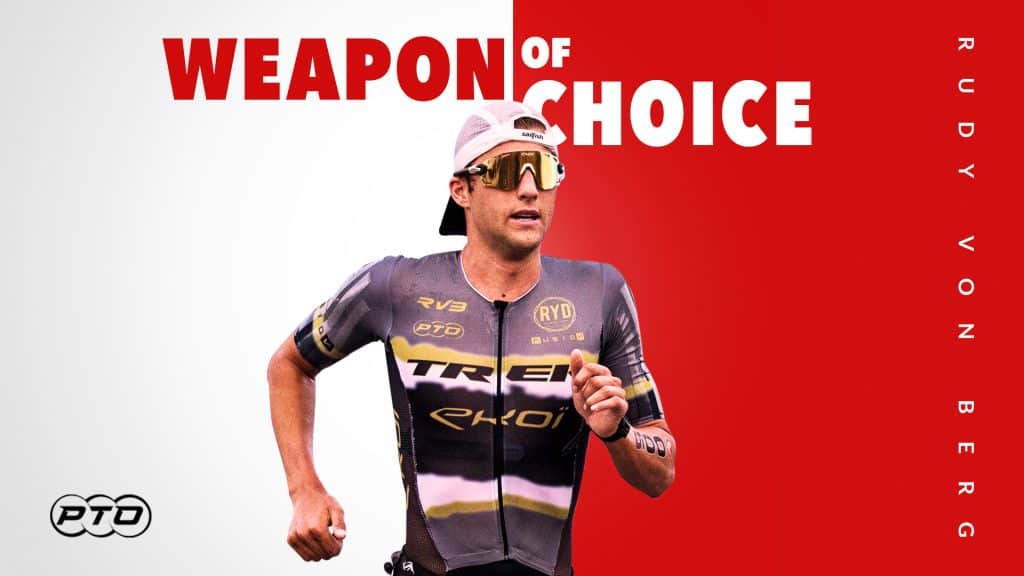 Rudy Von Berg showcased his phenomenal talent once again in the PTO 2020 Championship at CHALLENGEDAYTONA® as he finished in the top five.

‘RVB’ was certainly one of the leading contenders heading into the landmark event in Florida, despite the incredible depth of the opposition.

He had been in exceptional form before the COVID-19 pandemic began to decimate the global triathlon calendar in early 2020. His bronze at the 70.3 World Championship in Nice in 2019 being a particular high point.

The 27-year-old American finished a very impressive fifth at the Daytona International Speedway®, having been within striking distance of the lead for much of the race.

A swim split of 23:41 allowed Rudy to keep in early touch with the short-course stars who dominated the in-water portion of the race.

On the bike, a stunning split of 1:39:31 then saw him head the strongest field the sport has ever assembled coming out of T2.

Rudy was only denied a podium spot by some exceptional running performances, his 1:01:27 split unable to hold off the imperious Gustav Iden and the fast-finishing Matt Hanson, George Goodwin and Lionel Sanders.

That fifth place not only won Rudy $30,000 in prize money, it also cemented his position in the top 10 of the PTO World Rankings. He now sits at #8, in prime position to earn an automatic qualification spot for the inaugural Collins Cup later this year.

Rudy’s natural talent makes him one to watch again during the 2021 season, and here’s what the American will be using as his ‘Weapons of Choice’: