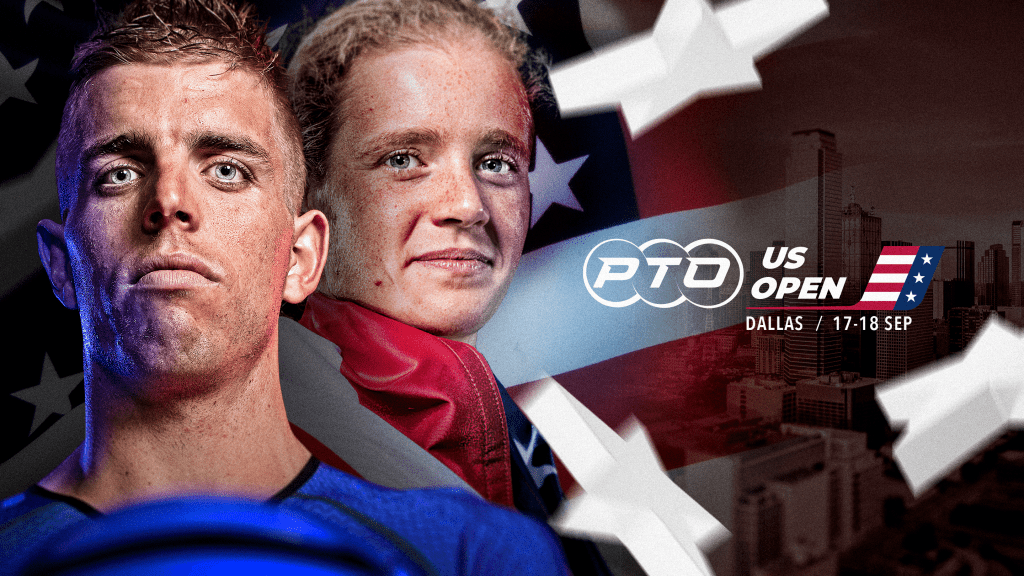 London: The Professional Triathletes Organisation (PTO) has announced that DAZN will show live coverage of the $1 million PTO US Open this weekend in Dallas (17-18 September), in an extension of their two-year broadcast deal announced in July this year.

The PTO US Open women’s and men’s races are the final PTO Tour event of the year and boast strong start lists for both events.

“Our final PTO Tour races of the season promise to be ultra competitive affairs, so it’s great we’ll be showing them live to sports fans on the DAZN streaming platform in the USA this weekend,” said Tim Godfrey, PTO Chief Marketing Officer.

The commentary team for the PTO US Open races includes anchor Alex Payne, commentators: Barrie Shepley, Belinda Granger, Vicky Holland, John Gooden and Abi Stephens. There will also be appearances from former US Olympic sprinter Michael Johnson, who grew up in Dallas.

How To Watch the PTO US Open

If you’re in Europe or the Indian Subcontinent, you can watch LIVE exclusively on Eurosport, Discovery+ or GCN+. Highlights and race replays will be available 48 hours after the race in these regions via PTO+. If you’re in the rest of the world, you can watch LIVE on PTO+ with pre-race coverage including countdown shows and press conferences also available on the same platform.

The PTO is a new body co-owned by the professional athletes, seeking to take the sport to the next level and see it grow and thrive. The inaugural PTO Tour race schedule for 2022 included: the first-ever PTO Canadian Open (July 23-24); the second edition of $1.5M Ryder Cup-style Collins Cup (August 20), which sees Team Europe take on Team USA and Team International; and the first PTO US Open (September 17-18). Each Open carries a minimum prize money of $1M and will be raced over 100km (2km swim, 80km bike and 18km run). In 2023 and 2024, the PTO Tour plans to expand with the PTO European Open and the PTO Asian Open, alongside their US and Canadian equivalents and the Collins Cup.

ABOUT DAZNDAZN is the world’s leading sports entertainment platform. The only global digital sports broadcaster, DAZN is live in over 200 countries and is a market-leader in Italy, Japan, DACH and Spain where it holds top-tier domestic football rights.  DAZN is reimagining the way people enjoy sport. With a single, frictionless platform, sports fans can watch, bet, play, share, socialise, and buy tickets, NFTs and merchandise. Live and on-demand sports content, anywhere, in any language, on any device – only on DAZN.  DAZN is a global, privately-owned company with employees in over 25 countries. For more information on DAZN, our products, people, and performance, visit www.dazngroup.com.