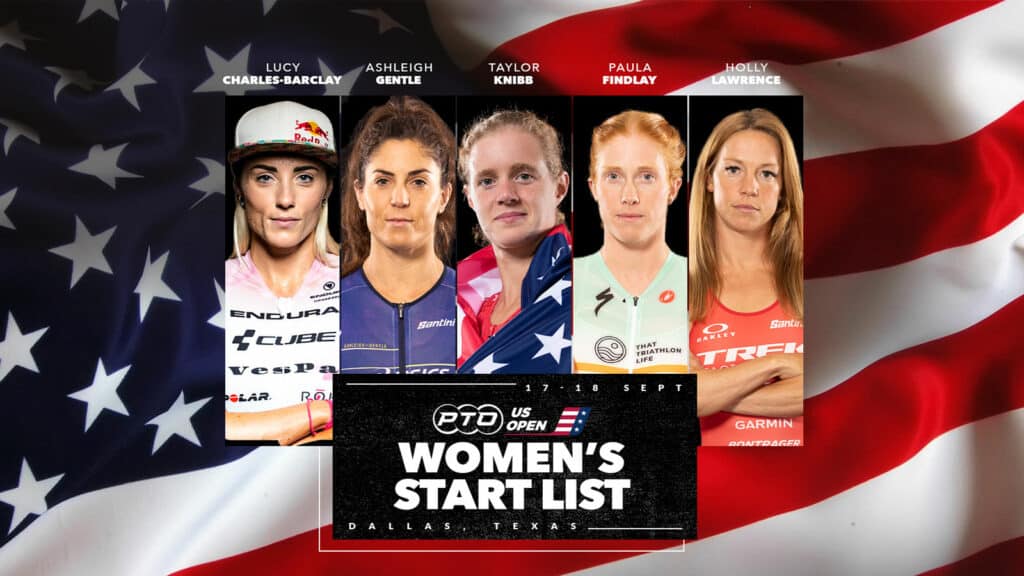 They will be up against a stellar line-up of international stars including: PTO Canadian Open winner and runner-up Ashleigh Gentle (AUS) and Paula Finlay (CAN); Team Europe Collins Cup winner Holly Lawrence (GBR) and the resurgent Lucy Charles-Barclay (GBR), who bounced back from injury in spectacular fashion by winning the recent World Triathlon Long Distance World Championships in Samorin on her return from injury.

“I’m really excited the PTO Tour is coming to the US in its first season. The chance to race in our home country is a huge opportunity for all of the American women taking part and having seen the success of the first couple of PTO Tour events in Edmonton, Canada, and then last month’s Collins Cup I can’t wait to get involved.”

The field features 13 of the world’s top 25 PTO World Ranked female triathletes and will take place on a specially designed course in Las Colinas, that will create a stadium-feel event where fans will see the athletes as many as 12 times during the 100km race.

McCauley, who has competed in both the Collins Cup and the PTO Canadian Open so far this season, added:

“The PTO Tour is a great addition to our calendar and speaking to all the professional athletes during the season, the dates have quickly established themselves as ‘must race’ events – in terms of the event support and production, atmosphere, prize money and profile that the global broadcast delivers. Which is all helping our athlete-owned organisation, the PTO, take the sport to the next level.”

The full PTO US Open women’s line-up can be found here and includes:

“The PTO Tour is all about celebrating the world’s ultimate endurance athletes – triathletes – and giving them a global stage on which to perform and a $1 million prize purse to win. I’m confident the inaugural  PTO US Open will do that, which is why we are excited by the full reveal of today’s world-class field for the women’s race.”

The $1 million PTO US Open prize fund breakdown is as follows:

The men’s field for the PTO US Open will be released tomorrow – Friday 2 September.

For details of where to watch both races live, visit https://protriathletes.org/events/how-to-watch/