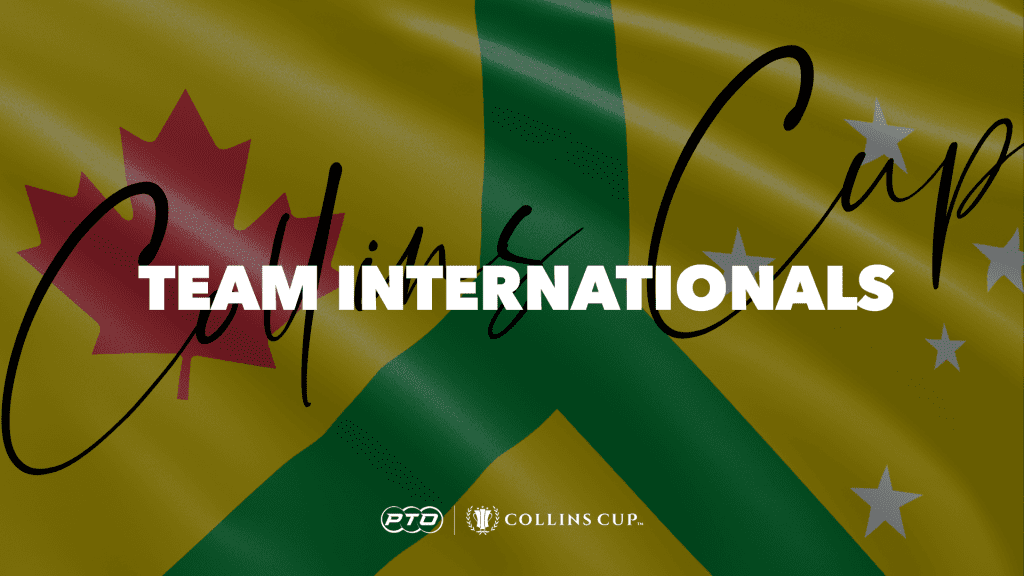 Team Internationals features a roster of talent plucked from across the globe to provide stiff competition at the Collins Cup. Here’s who’s racing on 28 August.

With the likes of Lionel Sanders and Paula Findlay, Team Internationals have some of the world’s best – and best-known – triathletes. But they’ve also got the advantage of others who’ve flown under the radar during the pandemic who will be ready to strike at the Collins Cup.

A surfeit of quality athletes from which to choose has meant the Captains Picks have only added to the strength in depth for Team Internationals. Meanwhile, the Team Captains themselves – Lisa Bentley and Simon Whitfield – lend the team both long- and short-course tactical expertise.

Teresa Adam has been hunkered in New Zealand during Covid but has still put in some incredible performances throughout the Collins Cup qualification period. The Kiwi scored big points at three IM races over 2019 and 2020 and the Port of Tauranga Half this year. A great swimmer and superb biker, her run is the unknown for her competitors.

Paula Findlay made a big name for herself by winning the PTO 2020 Championships at Challenge Daytona last December. The Canadian followed that up with seventh at Challenge Miami and a gutsy never-say-die performance for fourth at 70.3 St. George. She’s just come good after a running injury but if she’s back to her best, she’s one of the strongest all-rounders in the business.

Carrie Lester secured her Collins Cup place thanks to three Ironman wins in 2019 and a sensationally fast sub-nine victory at IM Coeur d’Alene in June. The Aussie is a great swimmer and runner but a real powerhouse on the bike, which is sure to feature in the tactics of the Team Captains.

South Africa’s Jeanni Metzler has had a fantastic 2021 season, seeking out races against the best and coming away with second at 70.3 Texas and St. George and third at 70.3 Boulder. Each time she’s unleashed a ferocious run pace that’ll worry any of her potential matchups at the Collins Cup.

Sarah Crowley has twice finished third in Kona and was also the 2017 World Triathlon Long Distance champion, underlining her credentials to race with aplomb when it really counts. By her exceptionally high standards, Crowley didn’t shine quite as brightly at the start of 2021. However, first at 70.3 Ecuador in July signalled the Australian is on the way back to her best and was enough for her to gain a Captains Pick slot.

Ellie Salthouse comes into the Collins Cup unbeaten in 2021 over six middle-distance races including 70.3 Geelong and, most recently, 70.3 Andorra. The team’s third Aussie is certainly one of the form athletes of the season and given the Collins Cup’s 2km swim, 80km bike and 18km run format, she could well be the strongest of the women’s competitors.

The Team Internationals men are headed by Lionel Sanders. Undoubtedly one of the world’s best 70.3 athletes and a true fighter, Sanders has a second at Challenge Miami and wins at 70.3 Texas and St. George this season – both against highly competitive fields. He also set a new iron-distance PB at the Tri Battle Royale and backed that up with second at IM Copenhagen last weekend. A middle-distance ace, while he might lose time in the swim, he’s got the bike-run to have the others running scared. Plus, he’s won twice in Samorin previously at Challenge The Championship.

Winner of his native IM New Zealand this year, Braden Currie is a supremely consistent athlete who’s truly talented across all three disciplines. Outside of his top-10 showings at the 70.3 worlds and Kona, he’s not finished off the podium since late 2017. While he’s yet to face an international field in 2021, he’s got the full swim-bike-run package to go toe-to-toe with the best the other teams can muster.

Sam Appleton is a middle-distance specialist with a stacked resume of 15 wins and 25 podiums. Sixth at the PTO 2020 Championships last December, this swim-bike monster races from the front but also has the goods on the run to close it out for the win. His second at 70.3 Boulder recently shows he’s in great form and the Collins Cup format should suit his swimming strengths.

Max Neumann goes into the Collins Cup after wins at Challenge Shepparton and IM Cairns this year, successfully defending his title from 2020 at the latter. Another of the young no-weaknesses breed, the Australian has it where it counts in each discipline but is an incredible swimmer who’s likely to make time on his competitors. The biggest question mark is that he’s not raced outside of Australia over the last two years, so we’ll have to wait to see if that’s to his advantage or disadvantage come the matchup.

The first Captains Pick athlete for Team Internationals is rising 70.3 star, Kyle Smith. The 23-year-old Kiwi won his first five middle-distance events before showing serious grit to take third at his first full at IM New Zealand in March. Another sensational swimmer, Smith led from the water at the 70.3 Euro champs in Elsinore where he also had the fastest bike split before fading towards the end of the run to fifth. With that swim-bike strength and a shorter 18km run at the Collins Cup, he could well solo to victory.

Jackson Laundry has made his desire to represent Team Internationals clear over the qualifying period but it’s his rising form in 2021 that surely caught the Captains’ eyes. The Canadian took third at 70.3 Des Moines, second at Rev3 Williamsburg and first at 70.3 Ecuador. He might not match the very fastest for swim speed but his quality bike-run package makes him a strong pick.

With some of the world’s classiest athletes and a diverse range of swim, bike and run strength, Team Internationals have the talent to score big points in Samorin.

We’ll get to see which athletes will be pitted against each other at the Match Draft Draw, part of the opening ceremony on Wednesday 25 August at 18:00 CEST.